The great Polish composer Witold Lutosławski once said: ‘I love traditional instruments – though of course they are anachronisms…Satellites run around our planet, but we still play bassoons…It’s ridiculous.’ At around the time he expressed this whimsically provocative sentiment, he wrote a piano concerto. Even today, it’s a form that tempts composers. The tonalities, forms and orchestrations may shift – and an infinity of variations on the ‘soloist versus orchestra’, ‘soloist as part of texture’ and ‘soloist as counterpoint’ debates will no doubt be played out, for as long as music is loved.

Yet the basic fascination persists: a concert grand sharing a platform or a studio with an orchestra. It works. It inspires great music, as it has done for centuries; it inspires some of the greatest performances we hear; and, crudely, it puts bums on seats. It also, of course, sells recordings. Just look at your own shelves or playlists. We know well that the performances we hear today will rarely come anywhere close to what 18th- or 19th-century audiences would have heard. The pianos are different; ever-improving piano-playing techniques have transformed the once near-impossible into the everyday; and orchestras, too, have grown in virtuosity. Even contemporary ‘authentic’ performances can give only an imperfect glimpse of what prompted our forebears to fall for the piano concerto.

What has not changed, however, is that sheer popularity of the piano concerto, for composers, performers and music lovers alike; and who does not have a favourite concert-hall memory of a piano concerto, a favourite CD, a favourite broadcast? Even among the 10 works presented here, for me there are powerful associations. When I hear Beethoven’s Emperor, my mind goes back to the one occasion when I heard Claudio Arrau in the concert hall, marking his 85th birthday with the LSO, Sir Colin Davis and this piece. It wasn’t all immaculate, but, oh, the artistry!

When I discovered classical music as a teenager, I recall being transfixed when I accidentally came across a TV relay of Alfred Brendel performing Mozart’s last piano concerto at the Proms. I sought out a recording at my local WH Smith’s and triumphantly unearthed a reduced-price cassette tape of the recording by Emil Gilels, little knowing that it was a classic of the gramophone – a supreme example of the perfect marriage between a composition, a soloist, an orchestra and a conductor (Eugen Jochum). Both Shostakovich No 2 and the Ravel in G I discovered in the now rather dated recordings by Leonard Bernstein, who conducted from the keyboard. I loved them too. As for Brahms No 2, has anyone surpassed Leon Fleisher’s great Cleveland recording with George Szell?

Well, I have made my point. The piano concerto is a staple of the recording studio, as it is of the concert hall. For such a well-established form, it seems as fresh today as it ever did, both in performance and in the minds of composers. I hope these 10 pieces, capturing the voices of 10 fine pianists speaking of works in which they excel, will enhance readers’ appreciation of works with which they are (almost certainly) already extremely familiar. 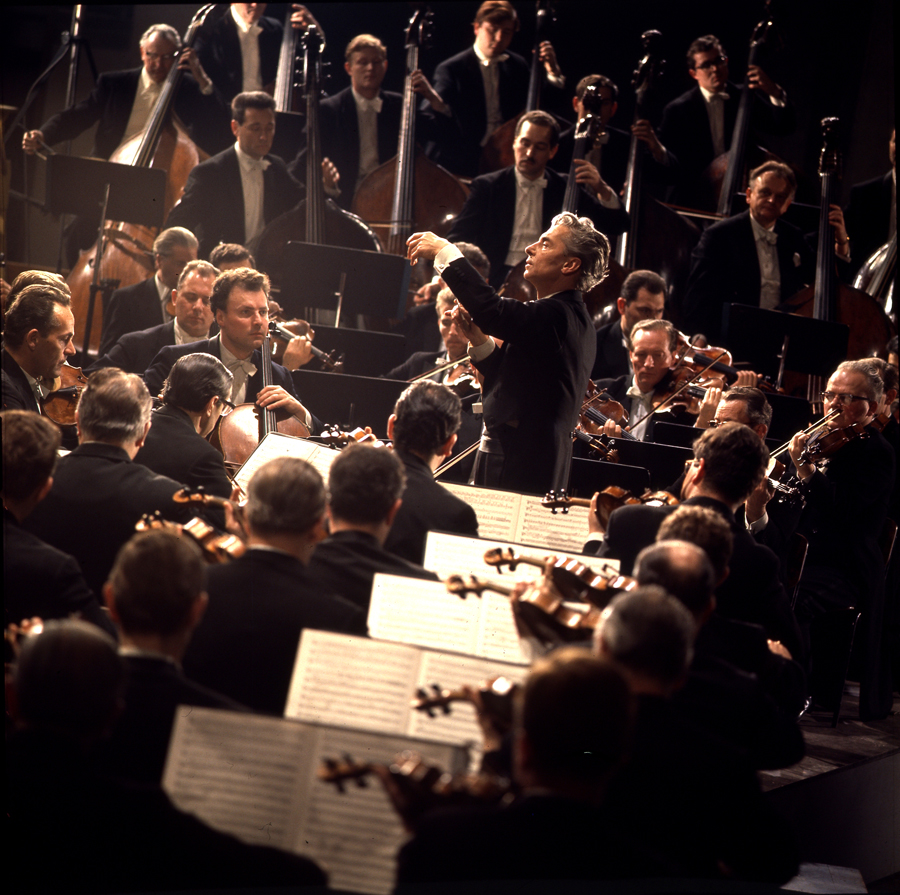 'The Emperor Concerto is one of those pieces by Beethoven where logic comes to the fore. The inherent, logical beauty of the way in which it’s structured makes it so satisfying; the journey seems complete. I probably first listened to it when I was eight or nine years old, and I remember just thinking, "This is proper music!"...' Continue reading 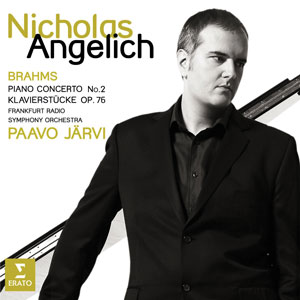 'When I was a student at the Paris Conservatoire, I started by learning this piece, not Brahms’s First Concerto. Many people were more attracted initially to the latter, maybe because it has a typically Romantic feeling about it, a dramatic gesture. Perhaps it often appeals to younger, or maybe even not so young, performers because there is this dark Romantic quality to it…' Continue reading 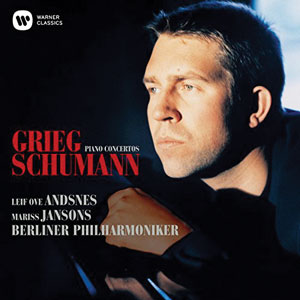 'When he was 15, Grieg heard Clara Schumann play her husband’s piano concerto, and his own early piano music is highly influenced by Schumann and, to a certain degree, also Mendelssohn. Grieg wrote his concerto in 1868, at a time when music came easily to him. He was 25 and happy: he had met Nina, was in Denmark, and had finished his studies...' Continue reading 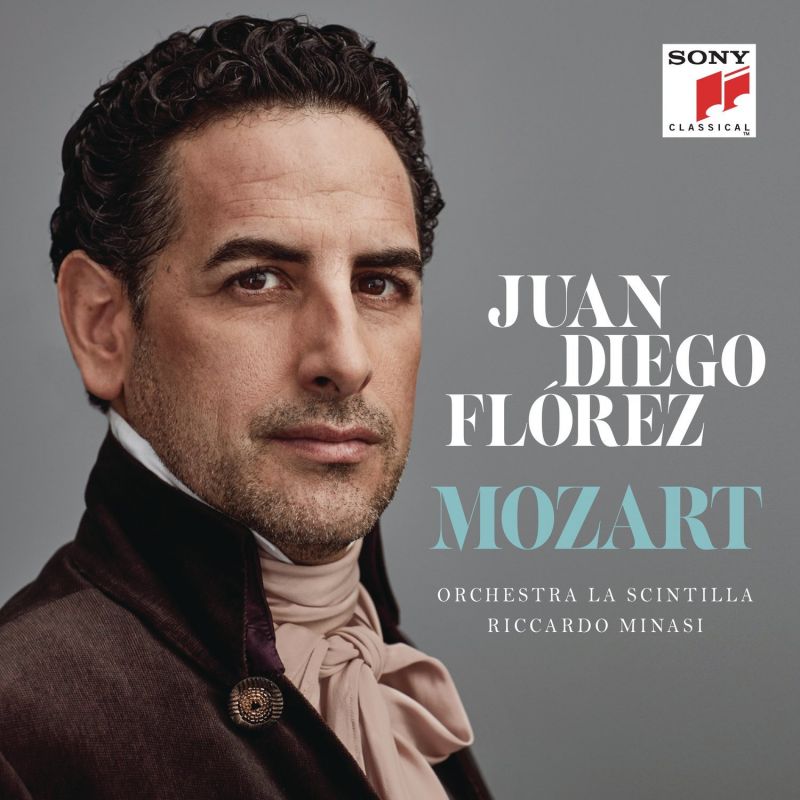 'The K595 Concerto stands out on its own. There’s something quite particular about it that started in K503 and K537 – concertos that immediately preceded it and that are already a little bit different from the ones that came before them. This piece does have a certain feeling, and I don’t think it’s because we now know it’s Mozart’s last concerto...' Continue reading 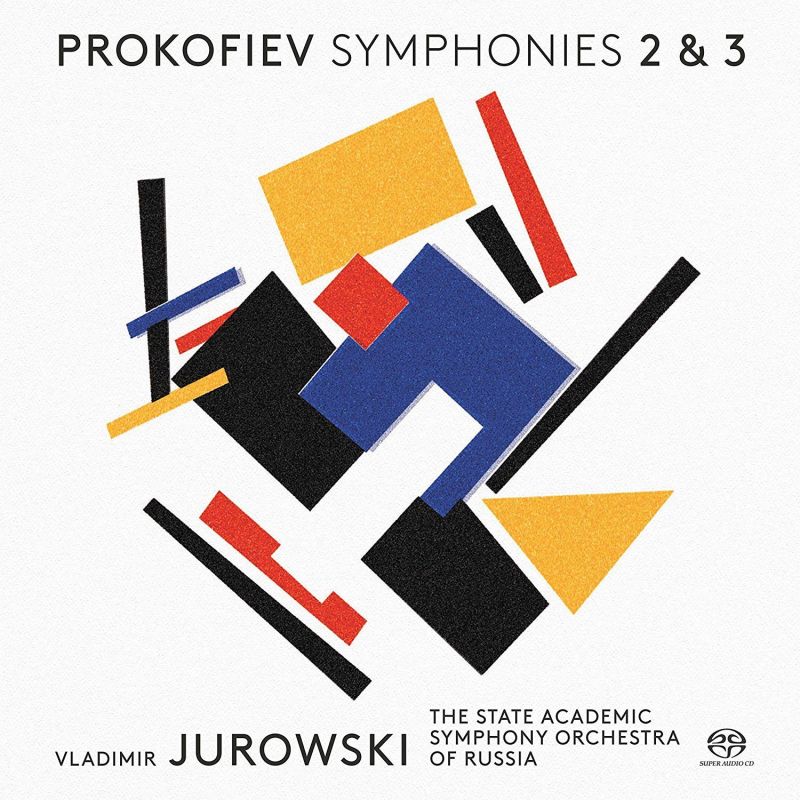 'There is a logic to the fact that, of all Prokofiev’s five piano concertos, the Third is the most famous and the most played. It’s simpler and more classical in its structure than the others; and it has very effective moments that you really remember after the piece has finished...' Continue reading 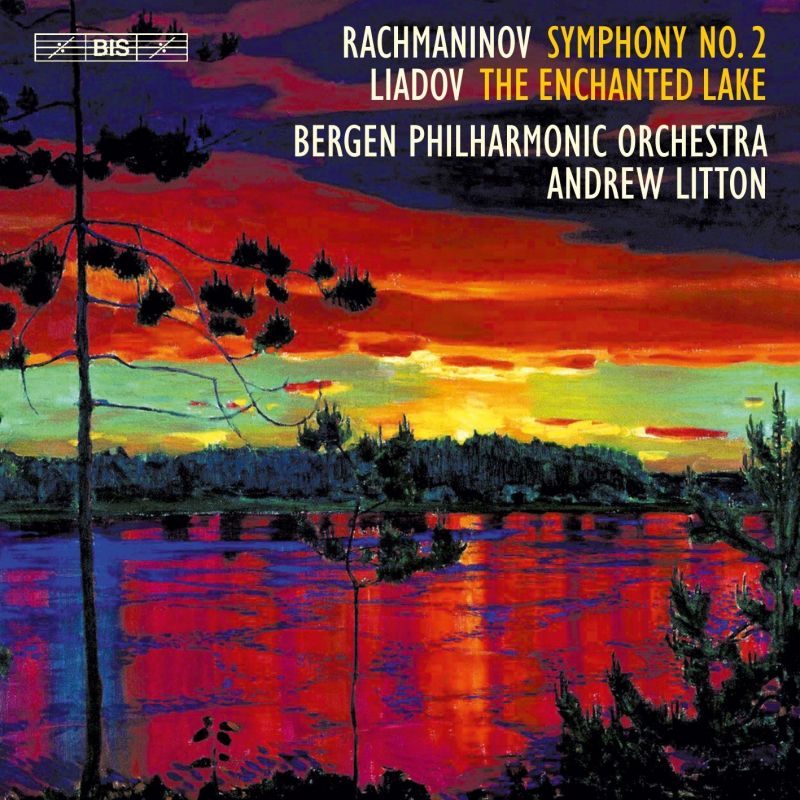 'This amazing, famous and wonderful piano concerto is very original, although you can hear that it draws upon Tchaikovsky’s First in certain stylistic respects, most obviously at the end; Tchaikovsky invented this way of having a wonderful big tune that sums up the whole experience of the piece...' Continue reading 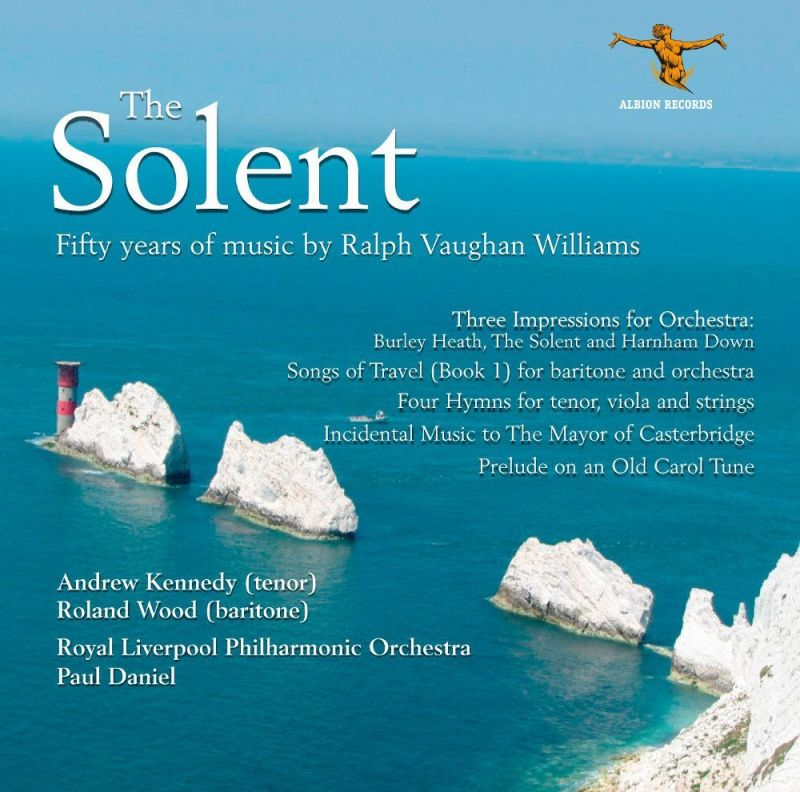 'For me, this work is interesting if you look at it not as an isolated piece but as part of a pair of pieces, which is common for Ravel. There are two piano concertos that were conceived at the same time, and together they make a whole. It’s just that they are the opposite of each other...' Continue reading 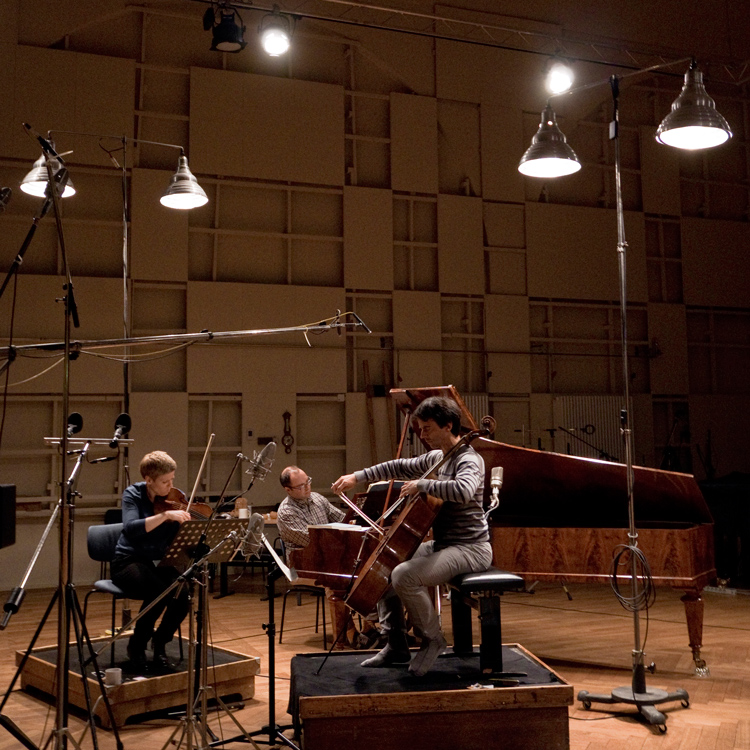 'One of my first encounters with Schumann’s music was when I was quite young. I remember having an LP of a mysterious ‘Wymah Cohata’ by ‘Bepmah’. Back then I didn’t know what it meant. It turned out to be a fabulous recording of a Schumann Piano Sonata by Lazar Berman (the record sleeve was written in Cyrillic)...' Continue reading 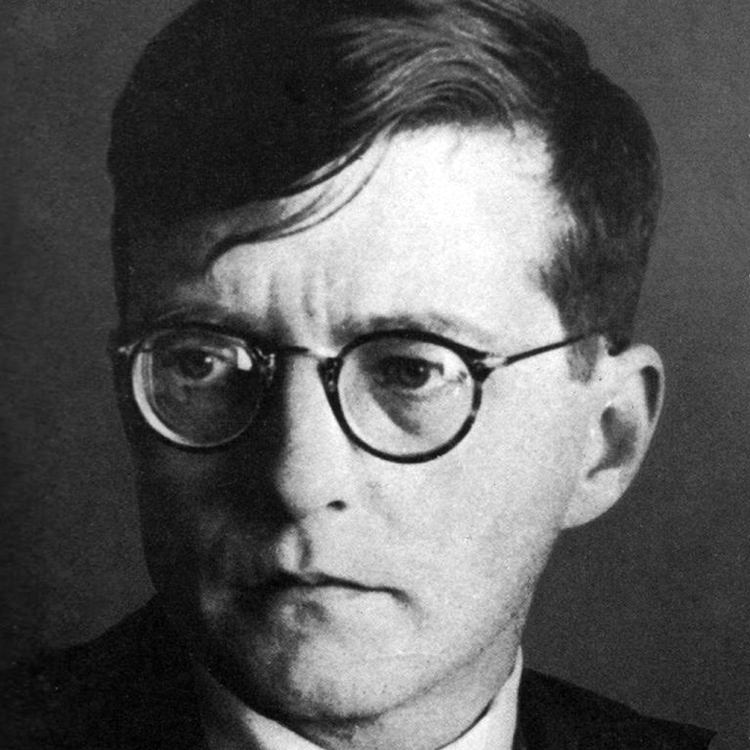 'For me, the two piano concertos are not the most important music by Shostakovich. Those would probably be some of the quartets and Symphony No 14 – and even they are less important than the Second Violin Concerto and the Second Cello Concerto. On the surface, the First Piano Concerto (1933) has more stylistic variety, with its direct quotations from Bach...' Continue reading 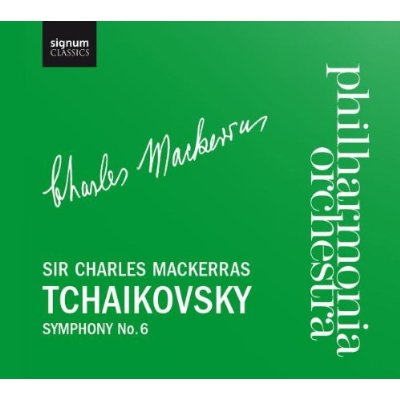 'When I came to record Tchaikovsky’s B flat minor Piano Concerto, I was worried that there were already more than 200 recordings available and that perhaps 400 recordings in total had been made. That put me off at first, but when I do play such a piece I try to find fresh insights or new perspectives...' Continue reading