Ten of the best Bach recordings of 2018 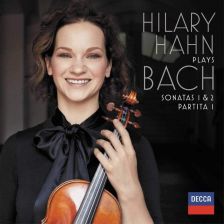 Recording of the Month (November 2018)

'For all the appreciable virtues offered by recent contenders in the Bach Sonatas and Partitas field, I cannot think of a single performer who begins to compare with Hilary Hahn. This is quite simply magnificent violin-playing, the sort that while you’re listening to it convinces you that the music couldn’t possibly be played any other way. One only need sample the elevated flight of the A minor Sonata’s opening Grave, playing that combines candid expression with expertly judged pacing, to confirm the extent of Hahn’s achievement. The fugues of both the A minor and G minor Sonatas abound in such ploys as ‘statement and echo’, variegated attack, carefully placed diminuendos and crescendos, a warming legato and chords that are strong without resorting to textural coarseness. Compare the first minute or so of the A minor Fugue with the Fugue from the C major Sonata included on Hahn’s first solo Bach album (Sony, 2/98 – which features the other half of the solo cycle) and you soon realise just how far she’s come since her teenage years, the tempo marginally more mobile and the variety of nuance and tone on offer so much wider than it had been ...' (Rob Cowan, 11/18) 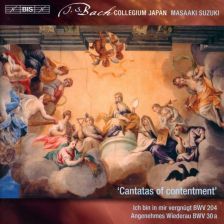 'This release represents the end of an era, and not just the end of Bach Collegium Japan’s long-running series of all the sacred and secular cantatas which launched in 1995 like a shining bolt from the east. Masaaki Suzuki began his voyage at a time when Ton Koopman was embarking on his equivalent project, and with John Eliot Gardiner continuing a series for DG soon to become subsumed by his Pilgrimage over the course of the Millennial year. And – lest one forget – the hit-and-miss, budget complete recordings under Pieter Jan Leusink on Brilliant Classics were also in full swing. The partnership of BIS (namely Robert von Bahr) and BCJ could indeed be one of the very last recording investments of this nature and length in the modern digital era ...' (Jonathan Freeman-Attwood, 10/18) 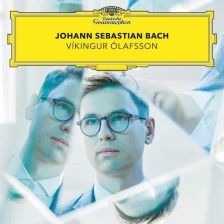 'In terms of pianistic lineage, Ólafsson combines the fantasy of Maria João Pires and Martha Argerich with the contrapuntal élan of Piotr Anderszewski. But he is very much his own man, mixing original Bach with transcriptions that range from Stradal, Busoni and Rachmaninov via Kempff to the present day, with Ólafsson’s own rethinking of the luscious aria from the solo alto Cantata No 54, ‘Widerstehe doch der Sünde’, in which he channels the great transcribers of old, using left-hand octaves to give it a grounded feeling, and choosing a measured tempo more akin to Alfred Deller than Andreas Scholl ...' (Harriet Smith, 11/18) 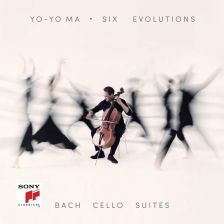 'Regular readers of Gramophone will surely know that there are numerous exceptional recordings of Bach’s six Cello Suites, from Casals and Fournier through to Gendron, Starker, Schiff, Shafran, Isserlis and many, many more, all of them essential listening for all those who love this divine music. But even by those exalted standards this set stands out as rather special. It’s interesting how in 1983 Yo-Yo Ma’s performances of the Suites (his first official recordings of them) were relatively straightforward, even formal. The intervening 35 years have witnessed a significant loosening and lightening in his approach, with a wealth of added tonal variety and a tendency to ease around musical corners without spoiling the line. Rubato is perhaps too strong a word for what he does now, more a detectable element of breathing (in terms of phrasing that is, nothing audible), a limpid ebb and flow, spinning a sense of symbiotic association with each suite, and each movement within a suite. Also he sometimes plays movements attacca so that each work emerges very much of a piece ...' (Rob Cowan, A/18) 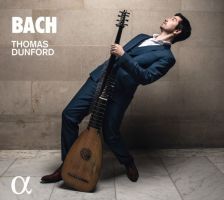 'The Paris-born lutenist Thomas Dunford is known for his sensitive, imaginative continuo work in ensembles such as Jonathan Cohen’s Arcangelo. Indeed, this year he formed his own Baroque ensemble, Jupiter. So one might expect his solo playing to exhibit a certain expansiveness, theatricality even, or at least a liberal use of harmonic, melodic and rhythmic ornamentation. But no. What we get with Dunford’s Bach is instead a certain purity, a relatively unadorned line which assimilates articulation in favour of flow and clarity. The expression – of form or emotion – is all in the phrasing, which relies on the art of silence as much as a subtle rubato. It’s quite beautiful and refreshing, as though excrescences have been shorn away to reveal the classical architecture underneath ...' (William Yeoman, 9/18) 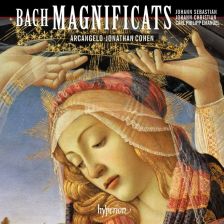 'Three Magnificats, by the three most famous members of the Bach family, make for a delectable triptych from a 40-year span, with each strikingly promoting their distinctive musical priorities. If Johann Sebastian’s first Leipzig Christmas in 1723 impelled him to display all his high-Baroque wares in a canticle of mesmerising variety, then both his cosmopolitan sons accept the subsequent challenge with alacrity in their colourful settings – with the more substantial CPE score now beginning to enter the canon ...' (Jonathan Freeman-Attwood, 2/18) 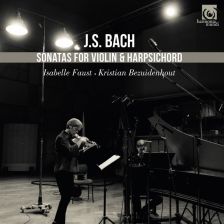 'Faust and Bezuidenhout played these sonatas a lot in concert before taking them into the studio and it shows – both in the detail and the trust that allows for real risk-taking. Sample the Fourth Sonata, for instance. Faust’s dynamic phrasing of the held notes in the second-movement Allegro gives the line great character, Bezuidenhout seeming to breathe with her, while the finale is full of sparkle and energy but never breathless, the ornamentation sounding entirely inevitable. Something as simple as a sustained note (the opening movement of the Fifth Sonata) is exquisitely coloured and Faust’s double-stopping in the third-movement Adagio has a wondrously confiding quality ...' (Harriet Smith, 3/18) 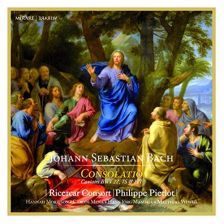 'The key to the success of these readings is that while they are rooted in transparency, they are vibrantly resonant, boldly directional and never brittle. The arias tend to portray the singers as primus inter pares with the obbligato instruments as real partners in the dialogue; and if the singers’ coloratura is not always convincing, the relationships between Pierlot’s deeply felt, strongly rhetorical and sinewy lines always prevail. How exceptionally the opening of Jesus nahm zu sich die Zwölfe conveys the heavy-hearted Jesus as he tries to prepare the uncomprehending disciples for the journey to Jerusalem and his death. It’s a masterpiece of imagery and Pierlot has its full measure ...' (Jonathan Freeman-Attwood, 6/18)

'There are strong arguments for opening out the themes of the Passion by means not of a staging transplanted from church to opera house, as has been attempted in recent years, but through movement. In this choreographed Passion there are two discrete but overlapping layers of action. The musicians concentrate on their given roles (with a very few, telling exceptions), thus obviating the kind of coordination problems which beset Katie Mitchell’s production at Glyndebourne, while dancers are freed to respond as much to Bach’s music as to the narrative at its source. Those arguments are justified here by Team Rademann: Hans-Christian, conductor of many fine choral recordings on Carus and Harmonia Mundi, and his wife Friederike, the choreographer whose idea it was to gather 100 children from schools in the Stuttgart area and teach them to dance ...' (Peter Quantrill, 1/18) 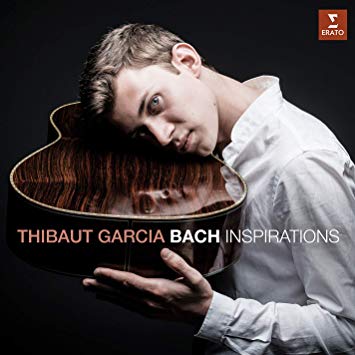 'The 24-year-old Franco-Spanish classical guitarist Thibaut Garcia’s third recording – his second for Erato – revisits the music of Bach and Latin America. But where the first, ‘Demain dès l’aube’, included Bach’s Sixth Partita, BWV830, and the second, ‘Leyendas’, Piazzolla’s Estaciones Porteñas, ‘Bach Inspirations’, as its title suggests, focuses on Bach’s influence on subsequent composers, not just from Latin America but also from Poland and the Balkans ...' (William Yeoman, 12/18)