From Byrd's Masses to Tippett's A Child of Our Time, this is a celebration of the great British choral tradition 'Theirs is a simplicity of style that belies simplistic criticism. Vibrato is used sparingly: 40 years on, some listeners might consider the constant use of it by a King’s Choir of the late 1950s almost too overpowering. Carwood chooses his tempos with care, avoiding the modern tendency to speed everything up inordinately. Hill, with his huge Winchester Cathedral choir, occasionally succumbs to the temptation. But Hill, like Christophers, had the excellent idea of interspersing pieces of the Proper from Byrd’s Gradualia. Yet I still think that Carwood and The Cardinall’s Musick have made their mark with the depth of their understanding.' 'Something of a surprise choice, perhaps (it surprised me); but there’s a reason why this recording has proved so influential. Superlative trebles, a beautifully transparent, almost fragile texture and a few moments that hit the bull’s-eye as no subsequent reading’s quite done.' (Fabrice Fitch, Gramophone Collection, 2/10) 'Butt bravely resolves to use the same forces Handel had at his disposal in Dublin, which means that the entire oratorio is sung by a dozen singers (with all soloists required to participate in the choruses, as Handel would have expected). Where this approach might risk worthy dull solos churned out by stalwart choir members, the Dunedin Consort's exemplary singers produce virtuoso choruses that are theatrically charged, splendidly poised and exquisitely blended. Old warhorses “For unto us a child is born” and “Surely he hath borne our griefs” are delightfully inspiring. Butt and the Dunedin Consort marry astute scholarship to sincere artistic expression and the result is comfortably the freshest, most natural, revelatory and transparently joyful Messiah I have heard for a very long time.' 'Listening to this music again after many years, one has to admire Stainer for writing a challenging work of sensible length which, without an orchestra, is achievable and satisfying for a capable parish choir: Stainer’s Crucifixion is a celebration of amateurism, that cherished English virtue… Too often in this piece I hope for a bar or two of Mendelssohn, something momentarily inspired. An unself-regarding and genuine performance such as this probably makes as strong a case as can be made.' Elgar The Dream of Gerontius

'No lack of force or presence in Bryn Terfel’s proclamation to “Go forth!” – the portals of heaven open to that, as indeed they do with the arrival of the heavenly host for the great “Praise to the Holiest” chorus. The Hallé choir bravely gather momentum in that, thanks to Elder’s insistence on clear rhythmic articulation, and he achieves a simply stonking crescendo on the final chord, leaving the organ to plumb infinite depths.'

'Of recorded rivals, Vernon Handley (Hyperion, 5/92) is architectural but a bit clinical, while Richard Hickox (Chandos, A/99) is radiant, emotional and erotically fired in a way quite distinct from anyone else – and is the only one to get the final climax and its afterglow absolutely right! David Hill (Naxos, 8/07) then combines these opposing qualities in a sound picture that reveals more textures, colours and a wider dynamic range than any other. But even if all of these surpass Willcocks in 1970, his version still has the unique solo voices of Harper and Tear and is the only one to feature boys as the semi-chorus, so will remain a treasurable historic document for these reasons alone – even as the work itself lives on to reveal more and more of its myriad secrets with every new traversal' (Geraint Lewis, 8/16) 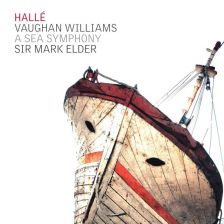 'Borne as it is on virtually as irresistible a symphonic current as the mono Boult, Handley (EMI, 2/89) and Haitink (1/90), Elder’s is the most satisfying Sea Symphony I’ve encountered in many a moon, and no one collecting his RVW symphony cycle with the Hallé need have any qualms acquiring it.' 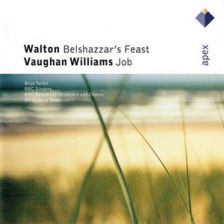 'Perhaps the single most important characteristic of any performance of Belshazzar’s Feast is a feeling of wicked excitement and intense joy, which this recording delivers best. '

Read our guide to the best recordings of Belshazzar's Feast 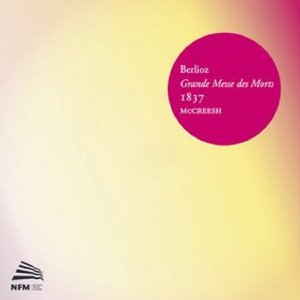 'Paul McCreesh brings together his British and Polish forces to create an army of 350 musicians in Britten’s War Requiem. Any concern that this could result in an unwieldy performance can be set aside. The recording, made in Watford Colosseum (though two other venues – Birmingham and Oxford – are listed in the booklet), is very well judged. The Latin sections of the Mass have a warm blend that lies somewhere between the resonance of a cathedral and recording-studio clarity. The seven choirs have been forged into a high-class, responsive whole and McCreesh leads them in a natural performance – speeds are never rushed or flagging, and the music breathes.' Tippett A Child of Our Time

'As Tippett’s most ardent champion, Sir Colin may have taken a different, less emotional approach to this score than the composer himself, but in this live performance from just before the 10th anniversary of Tippett’s death he’s movingly passionate and eloquent.'