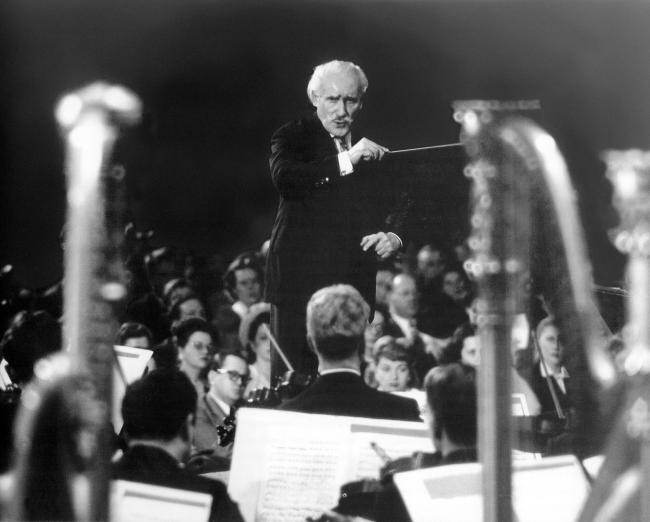 After making his debut aged 19 swapping his cello for a baton and conducting Aida – to huge success – his career never faltered. He led the premieres of La bohème and Pagliacci, and later headed La Scala (1921-29). He worked frequently in the US and, after the Fascist take-over of Italy settled in New York where NBC created an orchestra for him and he broadcast and recorded extensively, playing much American fare.

Toscanini: a tribute by Rob Cowan

Mahler’s adage that ‘tradition is the memory of the last bad performance’ could as easily have been Arturo Toscanini’s artistic credo. The man widely known as ‘The Maestro’ was a sworn enemy of interpretative excess, meaning the wilful distortion of text, tempo or texture in the interests of ‘subjective’ expression. Toscanini’s style was lean, dramatic, honest (sometimes austerely so) and scrupulously faithful to the spirit – and often the letter – of the score to hand. His Beethoven had heroic backbone; his Wagner, passion, pace and virility; his Verdi, dignity, warmth and a vivid sense of theatre. Not for him self-regarding divas disrupting the operatic flow with unwarranted encores (he expressly forbade such crass indulgencies), or the cult of personality. Toscanini was an electrifying rostrum presence but humility was always at the hub of his art.