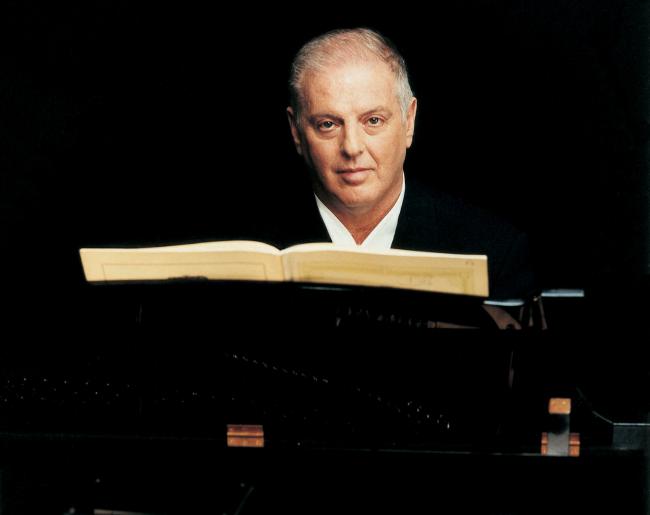 A child prodigy who played for Furtwängler, Barenboim’s professional career goes back 62 years. In his early twenties he recorded all the Beethoven piano sonatas and concertos, works he’s returned to throughout his career. He took up conducting in 1966 and has combined a dual career ever since. Posts he has held include heading the Orchestre de Paris, Chicago Symphony Orchestra and Staatskapelle Berlin. A Bayreuth regular he now leads Berlin’s Staatsoper and Milan’s La Scala. He is a co-founder of the West-Eastern Divan Orchestra.

Barenboim: a tribute by Lang Lang

'I feel very lucky to count Daniel Barenboim not just as a mentor but as a friend. When we can synchronise our schedules I play for him, and the experience and wisdom he offers is invaluable. He’s been performing at the highest level for more than 60 years, and he immerses himself in music 24/7. He’s not a pianist who conducts, or a conductor who plays the piano: he’s a total musician. When he discusses a passage in a Beethoven piano sonata, he brings not only a long and detailed knowledge of that particular work but also the experience of having conducted all the symphonies, Fidelio, the overtures, of having played all 31 other piano sonatas, the violin sonatas, the piano trios, the piano concertos…He is a colossus in the world of music – long may he continue to share his musicianship, courage and deep humanity with us all.'

Video of the day: Daniel Barenboim and Christoph Waltz in conversation

'There isn’t a tempo, a turn of phrase or a rubato anywhere that I would take issue with. More importantly, the whole feels thoroughly integrated and gloriously spontaneous. This is up there, you’ll have gathered, with the very finest that the gramophone has yet given us of this great – and finally, I hope, universally celebrated – symphony.' Read the review