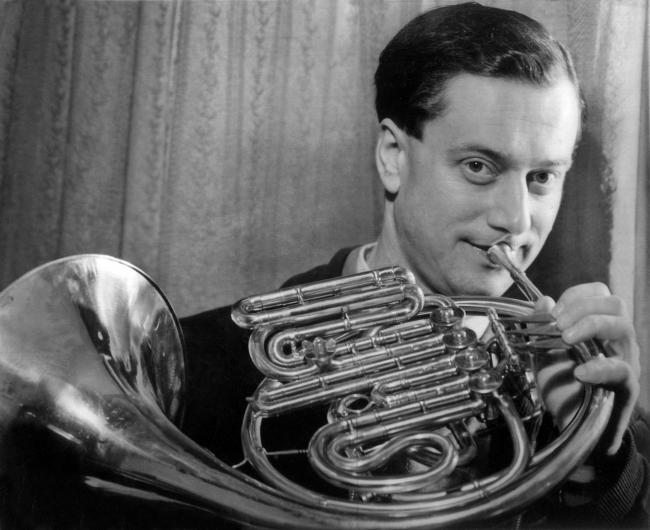 Born into a family of fine horn players, Brain became one of the instrument's greatest exponents. He was simultaneously principal in both Sir Thomas Beecham's RPO and Walter Legge's Philharmonia, later concentrating on the latter with whom he made a legendary disc of the Mozart horn concertos with Herbert von Karajan conducting. He was the dedicatee of numerous works for horn, including Britten’s Serenade for tenor, horn and strings. He was killed in a car accident aged 36.

Brain: a tribute by David Pyatt

'Dennis Brain’s legacy is unique in the annals of horn playing. He was the first horn player who convinced audiences, conductors, composers and recording producers that they needn’t run for cover when the horns start playing! His accuracy was legendary, as was his tone. He also had a huge impact on the repertoire being written for the instrument. Without him, there would be no Britten Serenade, Arnold or Jacob concertos or the myriad chamber and solo music written for him and his quintet. It is easy now to relegate Brain to the dusty corridors of history, especially as we are in an age where the technical mastery of the horn has never been more complete. However, what he brought to the table was impeccable taste and manners, allied with a fluidity and ease of playing which defines the British school of horn-playing to the present day.'