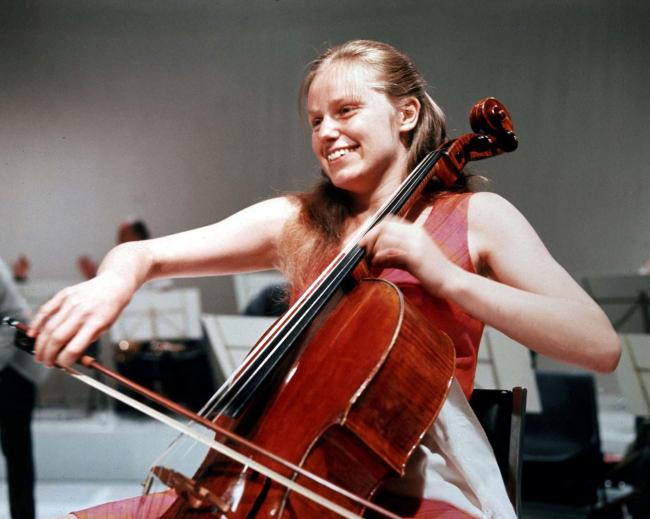 Showing early promise on the cello, Du Pré studied with William Pleeth, Paul Tortelier and Mstislav Rostropovich. She married Daniel Barenboim in 1967 and together they formed the epicentre of a group that included Pinchas Zukerman, Zubin Mehta and Itzhak Perlman (an ensemble immortalised in the various films made by Christopher Nupen). Her most celebrated disc is of the Elgar Cello Concerto, a work she made her own, which she recorded with one of her mentors, Sir John Barbirolli. She died, aged 42, of multiple sclerosis, having ceased performing in 1973.

In the studio or live, du Pré’s charisma shines through... Read more

Sarah Kirkup speaks to those closest to du Pré to understand what makes her legacy so unique... Read more

Jacqueline du Pré interview: 'You must have spontaneity and too much study destroys that'

'When I think of Jacqueline du Pré, I think of a performer who thrived on stage, and of a musical spirit who swept up all around her in her enthusiasm and love of her art. It was a gift for me as a young cellist to have such a strong female player as an idol and I certainly found her a great source of inspiration throughout my early cello years. When I was about 12 years old I was given a book about the great cellists of the 20th century, and I used to read over and over again the passage about her, at about the same age as I was, rushing towards the stage, raring to play. I loved that image of her – fearless and joyful – and I immediately understood that that must be the ideal state for all performers to aspire to. I still believe that now. I believe it was her generosity of spirit and ability to transcend the small worries of everyday performing that made her so great.'