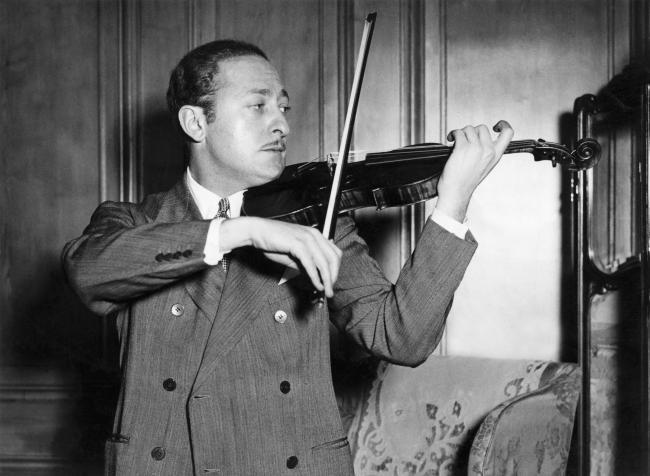 The Russian-born Heifetz’s American debut in 1917 was a red letter day, attended by the crème de la crème of New York’s music world. He stayed in the States and with his amazing technique, intense vibrato and characteristic portamento assumed the role, in many people’s opinion, of the greatest violinist of all time. He left a vast discography for RCA including a number of recordings with cellist Gregor Piatigorsky and pianist Arthur Rubinstein.

Heifetz: a tribute by Itzhak Perlman

'Probably the most revolutionary violinist of the 20th century, Jascha Heifetz brought new levels of technique and perfection to the instrument. I feel that nobody brought fiddle-playing into the modern era more successfully and dramatically than Heifetz. This level has never been surpassed, and probably never will be. Combined with a unique, individual style of music-making, it makes Jascha Heifetz the most important violinist of modern times.'