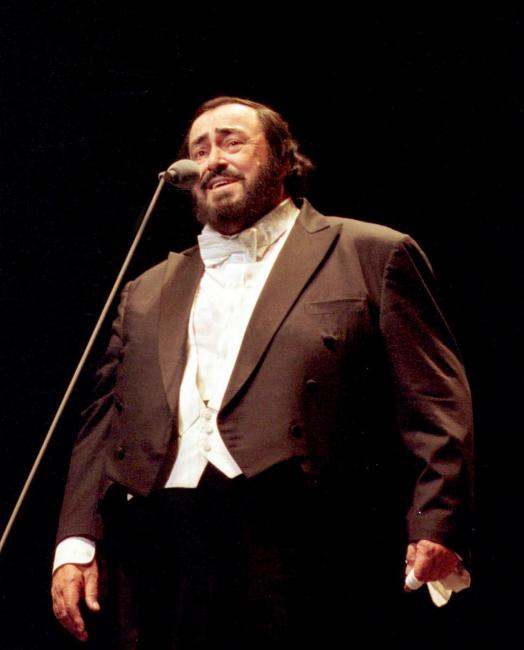 One of the Three Tenors (with Domingo and Carreras) Pavarotti 'crossed-over' and developed a vast international following. His sweet, effortless lyric tenor voice was used with innate musicality and rarely taken into roles that we too heavy for him. His career began in 1961 and very soon he was fêted in the great opera houses of the world where he often sang (and also recorded) with Dame Joan Sutherland.

The birth of a legend

Pavarotti interview: 'A bird is born with his voice and he never tries to push it, otherwise he loses it'

In an exclusive interview marking the double milestones of his 65th birthday and the 40th anniversary of his operatic debut, Pavarotli looks back over his unique career, and to the future. By Hugh Canning (Gramophone, July 2001)... Read more

Pavarotti – the voice on record

An unmistakeable voice, thrilling for its purity and power – here are just a few of Luciano Pavarotti's finest recordings... Read more

Pavarotti's recordings as reviewed in the pages of Gramophone... Read more

Requiem for a tenor

Pavarotti – a tribute by Mirella Freni:

'Apart from family, the person I knew longest was Luciano. As teenagers in Modena, we grew up as constant companions, sharing a great passion and respect for the human voice. Luciano did everything con abbondanza and his charisma endeared him to one and all. One can hear this in his music-making – be it in a Donizetti comedy like La fille du régiment; a noble Verdian work such as Un ballo in maschera; or in Puccini’s La bohème, which became our "calling card". With all his fame, Luciano never lost sight of what truly mattered in life – family, friends, loyalty and his beloved Modena – and this comes through in his singing. Luciano’s voice embodied the sunshine and passion of Italy. One cannot fail to recognise that glorious sound nor be moved by its unique beauty.'