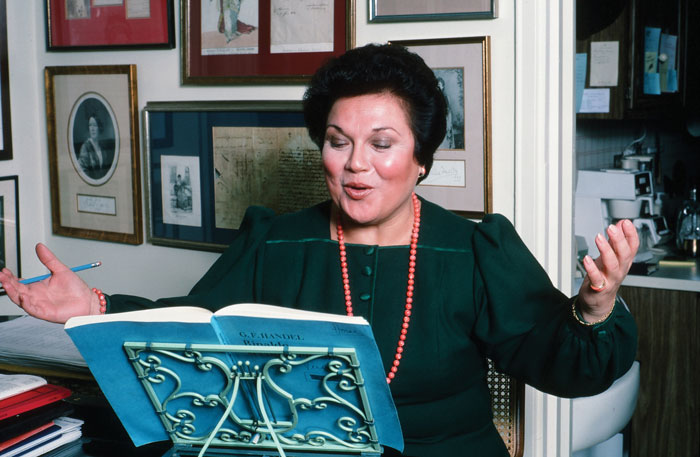 As a student, Horne took part in masterclasses with German soprano Lotte Lehmann. A fine interpreter of Handel and Rossini, Horne helped spearhead the bel canto revival in the 1960s and ’70s.

She is a gutsy maverick and distinctive force of nature, a valiant survivor and notable trailblazer, a passionate advocate for the future of singing and possessor of a personality that lights up every stage she graces. She redefined what it means to be a modern-day singer not only via her singular voice, but also through her widely praised television appearances, her undertaking of long-shelved opera roles, and through her fierce support of modern composers. She gave birth to opera fans for life via her distinctive voice and unforgettable interpretations of work from Handel to Stravinsky. Her unmistakable chemistry with the likes of Sutherland, Pavarotti and Johnny Carson thrust her to superstardom, and she used every bit of that well-earned fame to shine a blazing light on music and on the marvel of the human voice. Tireless in her endeavours, she continues to pass on the legacy of her passion and knowledge to the next generation of artists. The operatic landscape is vastly richer because of her remarkable and singular contributions. She is the legendary Marilyn Horne.