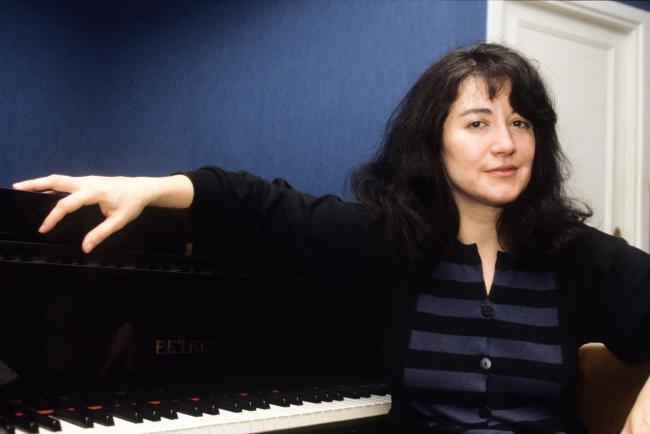 A win in the International Chopin Piano Competition in 1965, aged 24, put Argerich on the musical map. An exciting and mercurial artist Argerich has recorded extensively throughout her career though since the mid 1980s she has given few solo performances, preferring instead to focus on concerto and chamber music. She runs the Progetto Martha Argerich each year in Lugano.

Argerich: a tribute by Mischa Maisky

'As far as I am concerned, Martha Argerich is not just one of the greatest pianists, or just ‘of our time’. She’s one of the greatest musicians – period. Of course, I’m not objective…but why should I be? Martha has been one of my closest friends for 37 years.

'I’ve been lucky to work with many great musicians, but still Martha has a very special place in my life. Whenever people ask me about her I always say that, for me, Martha is like life itself: it’s not easy, it can be very unpredictable, it can be a pain in the neck, but it’s the most beautiful and wonderful thing there is – because she has this rather unique combination of qualities. She is a phenomenally gifted pianist (she doesn’t have any limitations technically and musically), but she’s also an incredibly intuitive musician, yet at the same time – which not too many people realise – she has a very strong intellectual approach to music-making.

'Not only that, she is incredibly humble. Much too humble as far as I’m concerned! She’s very human and suffers from insecurities, but she is the most gifted, charming and incredible person and musician that I have ever had the pleasure and privilege to play music with.'