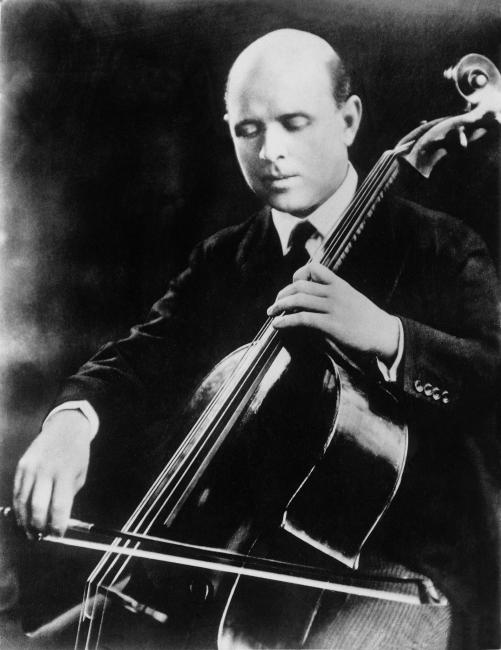 The man who arguably put the cello on the musical map in the 20th century, Casals was an inspiring musician. He rescued the Bach cello suites and his premiere recording for HMV remains a classic. An avowed opponent of Franco’s regime, Casals established a festival in Prades on the French-Spanish border. Late in life he gave inspiring masterclasses and encouraged many young players.

Casals: a tribute by Alban Gerhardt

'A child learns how to speak by imitating its parents’ voices. I found my musical voice after a long voyage at which beginning stood the great Catalan cellist Pablo Casals. He was my first idol. I bought every single LP I could get my hands on and for the longest time I wanted to sound like him. I loved his intensity, articulation, the ‘interpretative’ intonation – even the grunting I adored. For me, cello-playing was only a substitution for not being able to sing as beautifully as my mother could, so it made sense to take Casals as a role model. For him, ‘singing’ was not only producing a nice sound (which he did), but also making the music ‘speak’.

'He was a unique and complete musician. By discovering the beauty of Bach’s Cello Suites, he established them as a bible for all cellists, and his recordings of them are still an inspiration.'