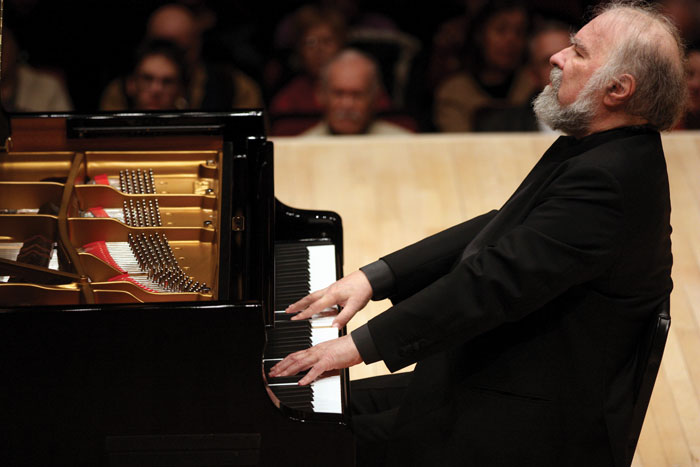 Lupu won the Enescu International, Van Cliburn, and Leeds piano competitions between 1966 and 1969. His recording of Schubert’s piano duets with Murray Perahia won a Gramophone Award in 1986.

A tribute by Steven Isserlis:

Radu Lupu lives in a different world from that of most successful classical musicians today. For a start, he refuses to record – or to allow microphones into his concerts; he refuses to do any sort of publicity; and in fact, it is even quite hard to tempt him into the concert hall. ‘Career’ means nothing to him; the only thing that matters to him is the music. His interpretations seem to emerge from deep within him, his profound understanding and knowledge of the works he plays allied to an overwhelming emotional power. And the sounds he coaxes from the piano! Unbelievably beautiful. My only complaint about him is that he is far too selfcritical. Despite his protestations to the contrary, it’s a great pity that he no longer records; many of his discs are treasures. But best is to hear him live; to hear him play Beethoven, Schubert, Schumann – anything! – is an unforgettable experience.