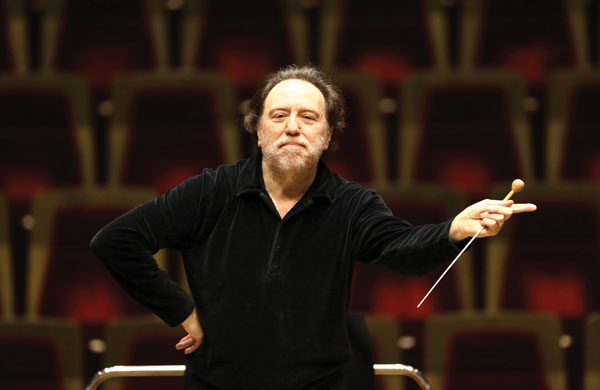 Music Director of Leipzig’s Gewandhaus Orchestra and Music Director designate of La Scala, Milan, Chailly is one of today’s great conductors. His very broad musical sympathies have been honed with the Berlin RSO (1982-88) and Amsterdam’s Royal Concertgebouw Orchestra (1988-2004), and, in the opera house, Bologna’s Teatro Comunale (1986-93). He has recorded for Decca since 1982.

Riccardo Chailly: the conductor on Puccini, Fellini and life at La Scala

Four decades with Decca, life at La Scala, Puccini, rare Verdi, and Fellini films - there’s much on the menu when Neil Fisher enjoys a meal with Riccardo Chailly

Mahler's Symphony No 10, by Riccardo Chailly

Wilhelm Furtwängler liked to argue that it is in moments of transition that the deeper truths lie. This may be so but it requires Brahms-conducting more like that which we encounter in Kurt Sanderling’s epic 1971-72 Dresden cycle to realise the point. Broad tempi and sudden indwellings are not Chailly’s way. Yet his account of the Third Symphony – as finely ordered and dramatically direct a performance as any on record – misses few if any of the work’s darker undercurrents. The nocturnal mysteries of the two inner movements are beautifully realised.