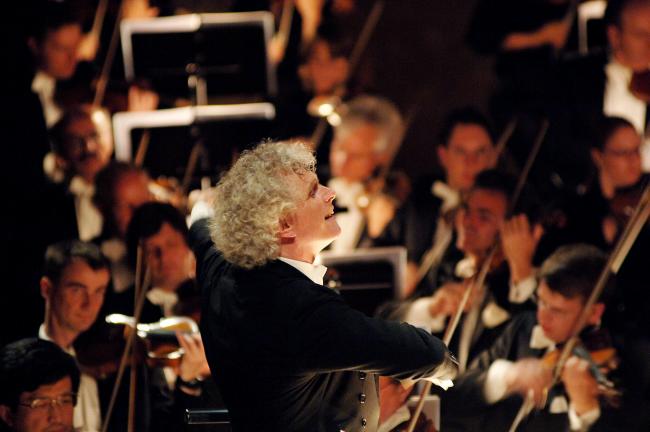 Liverpool-born Rattle made his name during his long tenure at the helm of the CBSO, creating an ensemble of world class and with whom he recorded extensively for EMI. In 2002 he succeeded Claudio Abbado as principal conductor of the Berlin Philharmonic Orchestra. His repertoire ranges from Baroque music (often performed on period instruments: he has a role with the Orchestra of the Age of Enlightenment) to the music of today (he is a great champion of contemporary composers). He is married to the mezzo Magdalena Kožená. Rattle will be the next Music Director of the London Symphony Orchestra from 2017.

Rattle: a tribute by Thomas Adès

'Sir Simon Rattle is as brilliant and devoted an interpreter as any composer could wish to find. He has the rare quality of bringing out the best in everyone. His advocacy, passion and precision have greatly supported me as a composer and taken the two works I have so far written for him round the world. In Birmingham, he built an electrifying scene and a great concert hall; in Berlin he has continued to go from strength to strength, always doing things his own way.'