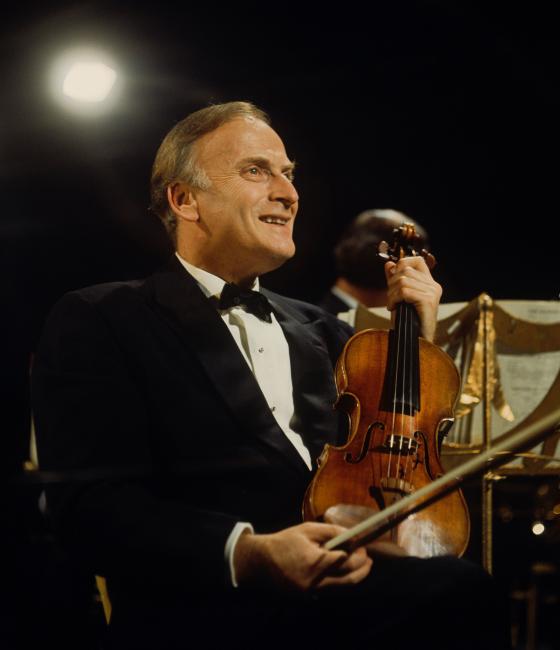 A child prodigy who recorded Elgar’s Violin Concerto as a 16-year-old, Menuhin became one of the 20th-century’s finest and best-loved musicians. He gave numerous premieres of works written for him as well as performed and recorded the major concerto and chamber repertoire. He took up conducting in the 1960s and also founded a music school that gave many young musicians a unique education.

Menuhin: a tribute by Nigel Kennedy

'Yehudi’s beliefs and disciplines were largely influenced by his father, Moshe, and the results of that influence were felt across all aspects of his life, from his profoundly philosophical musicianship (rather than a mere technical mastery), to his post-war conciliation with the German people.

'Yehudi recognised that the music of the great German and Austrian masters was the foundation of all further developments in classical music. This recognition is missing from many performers of subsequent generations and makes Yehudi’s legacy even more crucial. His open attitude to other forms of music and his lack of shyness towards the media have left an everlasting impression on my own life.'