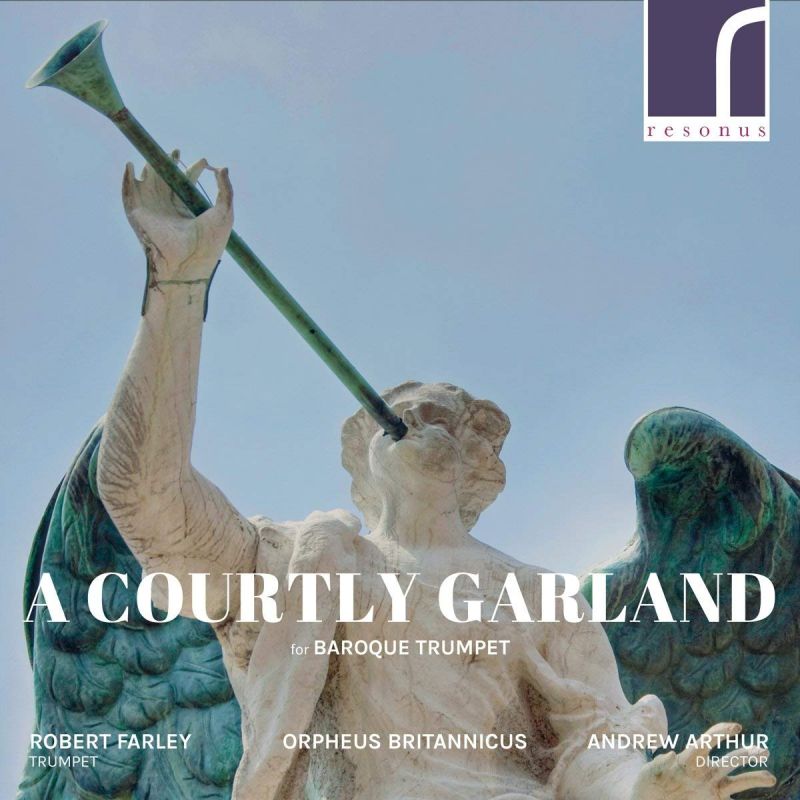 Robert Farley is one of that elite company of baroque trumpeters whose members you will often hear in the top period orchestras but whose names you may not always get to find out. Here, though, he is the focus of attention in a selection of Baroque sonatas and dances for trumpet with either small string group or just continuo.

The 17th century was a time when the trumpet – in its valveless form, of course – was just beginning to find its way from the battlefield to the music room. The surprise here is just how well composers worked round the shortage of available notes to produce music of character, lyricism and melodic ingenuity, sometimes by cunningly sharing out the work with the strings (as in the sonatas by Finger and the sparky Grossi) and sometimes by exploiting the latest technical developments. The fact that, apart from Fantini and Bach’s friend Reiche (whose resplendently virtuoso solo fanfare opens the disc), all the composers involved were violinists no doubt helps keep this balance, and quite a few of the resulting pieces are well worth a listen in their own right, notably Biber’s typically rich Tenth Sonata from Sonatae tam aris quam aulis servientes, Schmelzer’s Sonata a 5 (which hands out substantial solos to trumpet, violin and bassoon) and Viviani’s graceful sonatas for trumpet and organ.

They are richly served by Farley, whose playing shows intelligence, incisive amber tone and, where required, lyrical poise. Fantini’s fearless dance tunes he throws off as if there were nothing easier. Maybe the tuning in some of the higher notes is not always spot-on, but then that’s the nature of the instrument, and in general it’s hard to imagine these pieces being played better. The single strings of Orpheus Britannicus are thin but elegant, lending the Biber rare gentleness, and Andrew Arthur contributes a clutch of organ toccatas to mix things up. A few audible edits can’t stop this from being a cheerful listen.

Sonata for Trumpet and Organ No 2

Sonata for Trumpet and Continuo

Sonata for Trumpet, Violin and Continuo