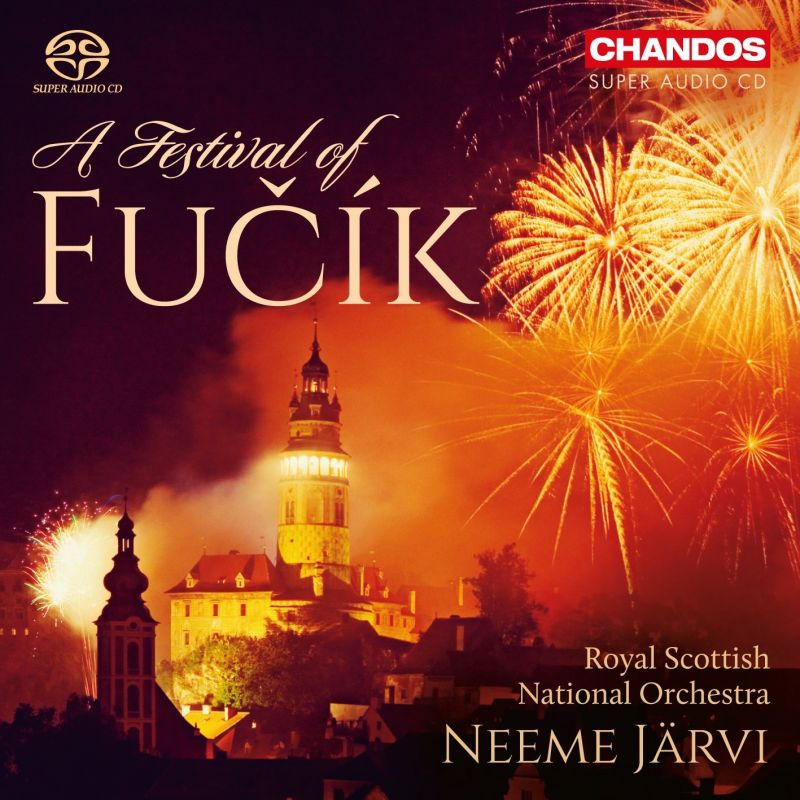 Fučík. Like his best-known work, his very name provokes a smile. But who, on hearing his one big hit, could tell you anything about either? Entry of the Gladiators (originally Grande Marche chromatique) was completed on October 17, 1899, in Sarajevo of all places. Its inspiration was Quo vadis, an 1896 Roman romp by Henryk Sienkiewicz, the same novel that provided the storyline for the eponymous 1951 film starring Robert Taylor and Deborah Kerr. Fučík was entranced by Sienkiewicz’s description of gladiators entering the amphitheatre (the Chandos booklet quotes the passage). How ironic that it should have become irrevocably associated with a different kind of circus after it was published in a band arrangement by one Louis-Philippe Laurendeau and retitled Thunder and Blazes. It’s not Fučík’s fault that in this guise it was degraded as a screamer march used to announce the arrival of clowns and elephants. The Trio is a fine tune and, incidentally, contains what was apparently one of Richard Strauss’s favourite modulations. Neeme Järvi and the splendid RSNO restore some dignity to this unjustly maligned crowd-pleaser.

As the rest of this most entertaining CD illustrates, while Fučík did not have the fecund melodic genius of Johann Strauss II or Franz Lehár, nor even of John Philip Sousa, each of the other 13 numbers here (all composed between 1901 and 1912) has got some catchy motif or appealing orchestral feature, such as the two anvils tapping away in The Merry Blacksmiths, the fragile piccolo solo at the end of The Mississippi River or the comic bassoon solo (full marks to David Hubbard) in The Old Grumbler (the bassoon was Fučík’s own instrument). What he lacks in memorable melody he makes up for with swagger, immense charm and foot-tapping brio – and, my goodness, this career bandmaster certainly knew how to orchestrate. The sound picture is a Chandos spectacular. Nigel Simeone’s excellent booklet usefully places the works in chronological order. All in all, this is the best Fučík disc since Václav Neumann and the Czech Philharmonic in 1976.