A Garland for John McCabe 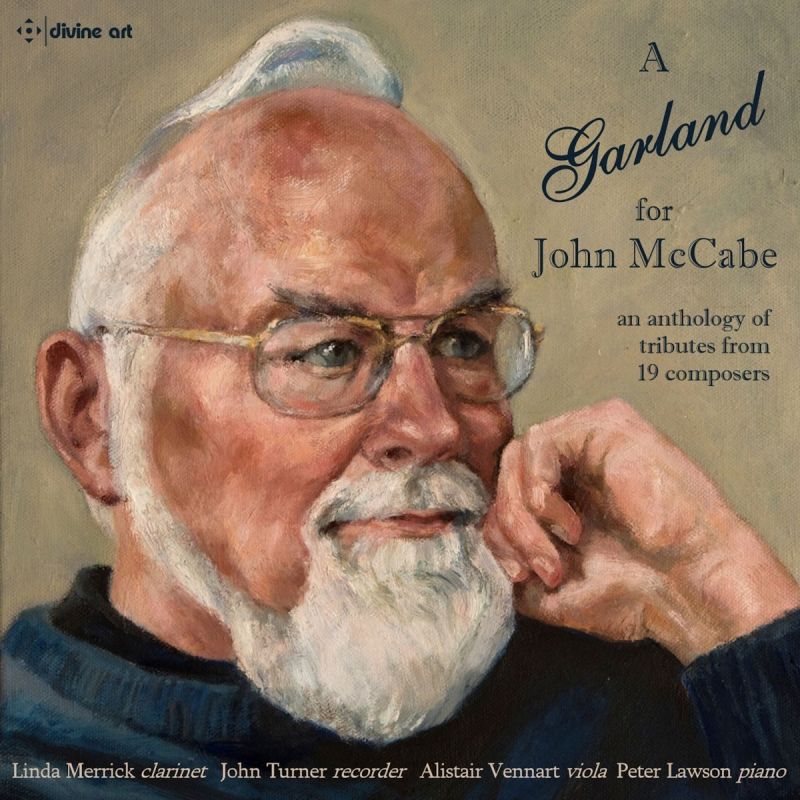 Three years on from his death, John McCabe shows no signs of being forgotten. His music is still performed and recorded (including the start of a survey of his complete piano music) and tributes and memorial events such as the present disc continue to appear. Such is the affection for a composer and performer who balanced creative genius and generosity of spirit in equal measure, with nary a trace of ego.

The musical styles are many and varied, from the formally dramatic, as in Gerard Schurmann’s Memento, the only piece for piano alone, the abstract (David Matthews’s Chaconne, Marshall’s Little Passacaglia), and straightforwardly tonal (Gunning, Skempton), to more complex harmonic tapestries, as in Anthony Gilbert’s The Flame has Ceased. Several works evoke Haydn, whose sonatas McCabe famously recorded in the 1970s and which have remained a benchmark recording ever since, or use musical ciphers derived from McCabe’s name, while Emily Howard’s Outback evokes McCabe’s Desert series. Beautifully performed by all four players and recorded to match, John would have been delighted.

A Garland for John McCabe

Lament for the Turtle-Dove

A Rag for McCabe

A Little Prelude for John McCabe

And Will You Walk Beside Me Down This Lane?

The Flame has Ceased