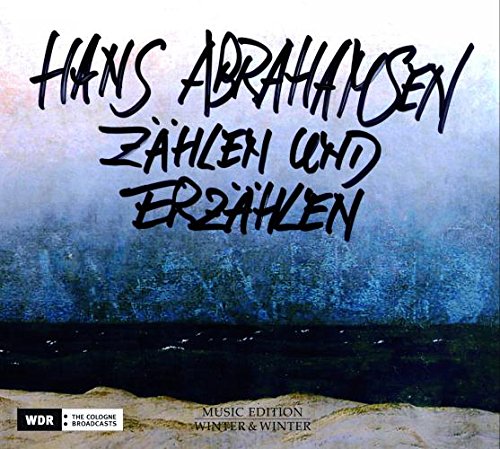 Danish composer Hans Abrahamsen was always one of Winter & Winter’s prized house-composers, and this latest instalment in the label’s Abrahamsen cycle borrows its title from another label mainstay, Mauricio Kagel, whose children’s piece Zählen und Erzählen plays with a cunning double meaning.

When learning music, children are told they must count (zählen). And once musicians are able to zählen, the process of erzählen (recounting) can begin; instrumental technique as a route to unlocking memory and networks of musical association. To create his Four Pieces for Orchestra (2002 04) and Piano Concerto (1999-2000), Abrahamsen plundered his earlier Ten Studies for Piano (1983 98). But his new compositions aim to add up to more than transcriptions or orchestrations – they contain raw gestural and harmonic data which, now stretched and elaborated on the larger scale, can go forth and multiply.

But this is where the Abrahamsen project begins to fall down. The lingua franca ordinariness of the Ten Studies left me cold – who these days isn’t borrowing from Debussy and Ligeti? Which means that he is already dealing with archetypes to which telescoping and adjusting scale can’t add much that is meaningful. Transmuted from keyboard to orchestra, the Studies acquire a pronounced early-20th-century German accent as they mutate into Abrahamsen’s Four Pieces for Orchestra. Timbres and textures are woven skilfully but the post Bergian rhetoric feels overcooked.

The Piano Concerto, drawing on all stylistic points from a piano piece steeped in the mysteries of Schumann to ‘Boogie-Woogie’ from the Ten Studies, is in reality bothersomely prosaic. The performances feel spirited enough, while the Piano Concerto is marked as the first recording with added strings (Thomas Dausgaard leads an earlier performance on Dacapo). Which presumably means they counted – then had a recount.