AHO Concerto for Double Bass and Orchestra. Symphony No 15 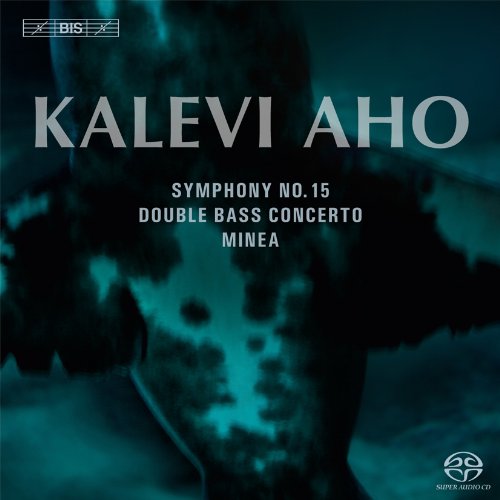 This recording of Aho’s 15th, and I think still latest, Symphony has been a while coming – the concert premiere, an unforgettable event, was with the BBC Philharmonic in Manchester in March 2011. But it’s worth the wait. The symphony’s co commissioners in Lahti, with a long track record in Aho performances, are every bit as dedicated and deft under the Moscow-born, Finnish-resident conductor Dima Slobodeniouk.

As with much of Aho’s music since 2000, the DSCH motif looms large. However, Aho mentions no special tribute and is cagey about any roots his music may have in Shostakovich. His expressed concern is with the contrast between mysterious spaces and wild dancing, the ultimate dominance of the latter leading him to suggest that the piece might be regarded as his ‘apotheosis of the dance’. In some ways the contrasts come across as wider even than that. Both the opening movement (headed ‘Mists’), with its dense carpet of strings, and the short ‘Interludio’, placed third, with its magically gleaming tuned percussion, take us straight to the frozen north. In between we head east for a quirky dance in quintuple rhythm, underpinned by Arabian drums (with flugelhorns and heckelphone also getting an outing). Finally a kind of bacchanale, in nine then 11 beats, drives towards a jubilant conclusion. The imaginative resources that weave this disparate material together are as crucial to the resulting exhilaration as the ideas themselves.

Minea is if anything even more extrovert in tone, as befits a commission from the Minnesota Orchestra and Osmo Vänskä. Yet for all its teeming inventive energy, there is never a suspicion of slickness. Here, too, Aho expands his resources via engagement with exotic sources, in this case evocations of Indian ragas, and Japanese as well as Arabian instruments. Hence the subtitle, Concertante Music for Orchestra.

The Double Bass Concerto is less exhibitionist and more interior, as is perhaps the nature of the beast. At the opening there is an unexpected echo of Tippett’s Fourth Symphony, with its imitation of human breath. Many passing beauties, not least in the soloist’s ventures into harmonics and pizzicato, cannot disguise that this is one of Aho’s more elusive scores. But what a fine disc this is overall, not least in its execution, recording and documentation.

AHO Concerto for Double Bass and Orchestra. Symphony No 15

Concerto for Double Bass and Orchestra