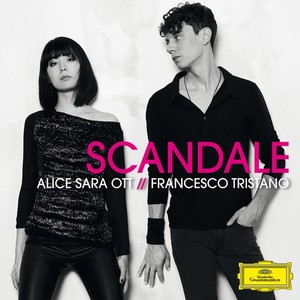 The disc’s title and raison d’être escape me: ‘Scandale’ says the cover in shocking pink. The ‘Rite of Spring’ premiere is presumably the eponymous ‘scandale’, but Rimsky-Korsakov’s Sheherazade? Ravel’s La valse? Rimsky’s widow objected fiercely to Diaghilev using the former as a ballet and Ravel never spoke to the impresario again after he refused to turn it into a ballet. Hardly scandals. The booklet bleats about both performers being ‘keen to return to a starting point that is free from expectations and in doing so they allow themselves – scandalously so – to create something entirely new’.

Better to ignore such waffle and enjoy these dance pieces at face value, the performances and recording of which are terrific. If it is hard to forget Stravinsky’s orchestration, the sections of motoric rhythm in his two-piano version of The Rite seem made for the percussive character of the instrument, while some of the slower passages reveal more so than in their original garb the challenging harmonic language that so provoked the first audiences. ‘The Kalender Prince’ by Stravinsky’s teacher in his own duet version provides lyrical contrast before La valse, deftly, brilliantly executed, the final pages more dogged and relentless than the increasingly frantic view taken by the thrilling Argerich and her many different waltzing partners. The final piece is the world premiere of Tristano’s A Soft Shell Groove which, with its foot-tapping (literally) rhythm, is bound to find many friends among listeners and other two-piano teams.

(The) Rite of Spring