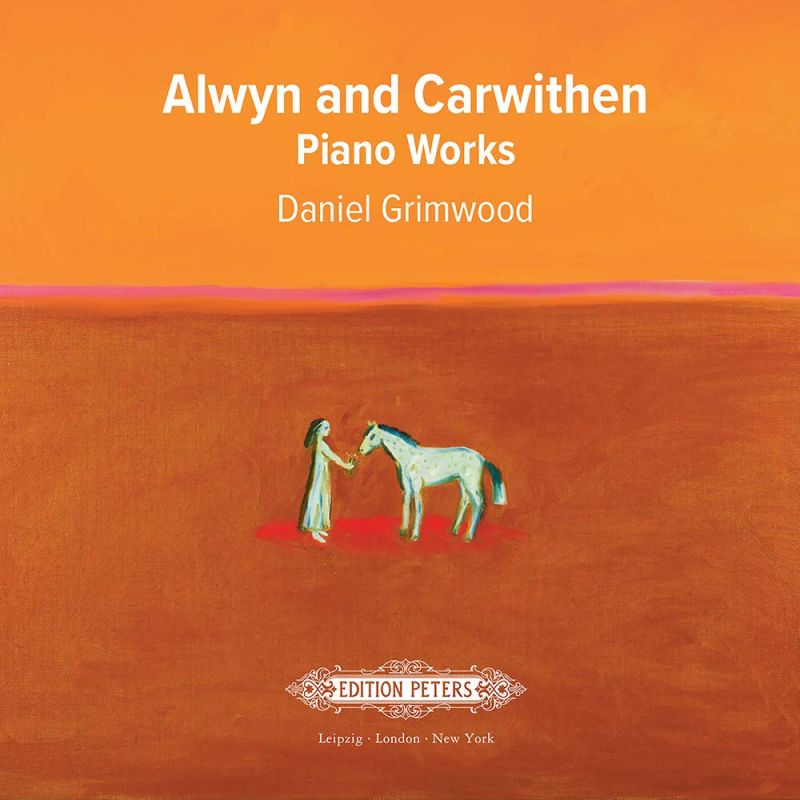 This is not the first time that the works of both husband and wife have appeared together on the same disc, nor the first time that the Fantasy-Waltzes have kept company with Doreen Carwithen’s Sonatina: Mark Bebbington’s recording for Somm was well received by Edward Greenfield in 2014. My only other exposure to her piano music, the Piano Concerto (another Bebbington unearthing – 1/15), left me somewhat indifferent. Her Sonatina made a much stronger impression: its three brief movements would make an excellent second-half opener, its sparse, elegiac central Adagio followed by a sparky moto perpetuo which Daniel Grimwood dispatches with aplomb.

William Alwyn’s 12 Preludes come next. Composed in 1958, they were written, according to the composer himself, ‘when I was experimenting with short note groups each with a strong tonal centre; a different group of notes is used for each Prelude’. This, I think, will not be discernible to most and is certainly not central to one’s enjoyment of these miniature poems of wildly contrasting character. Some are heavily bombastic and use the full sonority of the piano (Grimwood is happy to oblige); others are toccata-like (Nos 4 and 12). I was most taken by the quieter ones: No 5 in D, for example, a touching elegy achieved with the greatest economy. Altogether a lovely set.

For the 11 Fantasy-Waltzes, composed in 1954 55, Alwyn wrote that he drew his inspiration from ‘Chopin, Ravel … Johann Strauss II and … Tchaikovsky’. He might well have added Godowsky’s name. Grimwood’s main competition is from John Ogdon’s 1984 recordings made in Snape Maltings in the presence of the Alwyns. Ogdon provides greater dynamic contrast and makes more of inner voices but I prefer Grimwood’s more straightforward, less interventionist approach, his tighter control and his cleaner textures. Ashley Wass, whose Fantasy-Waltzes are on the first of his two volumes of Alwyn’s piano music for Naxos, is also worth considering, though the piano is too distantly placed for my taste.

On balance, I would go for the newcomer in both Preludes and Fantasy-Waltzes. Supported by the William Alwyn Foundation, the disc is another feather in the cap of this enterprising pianist.