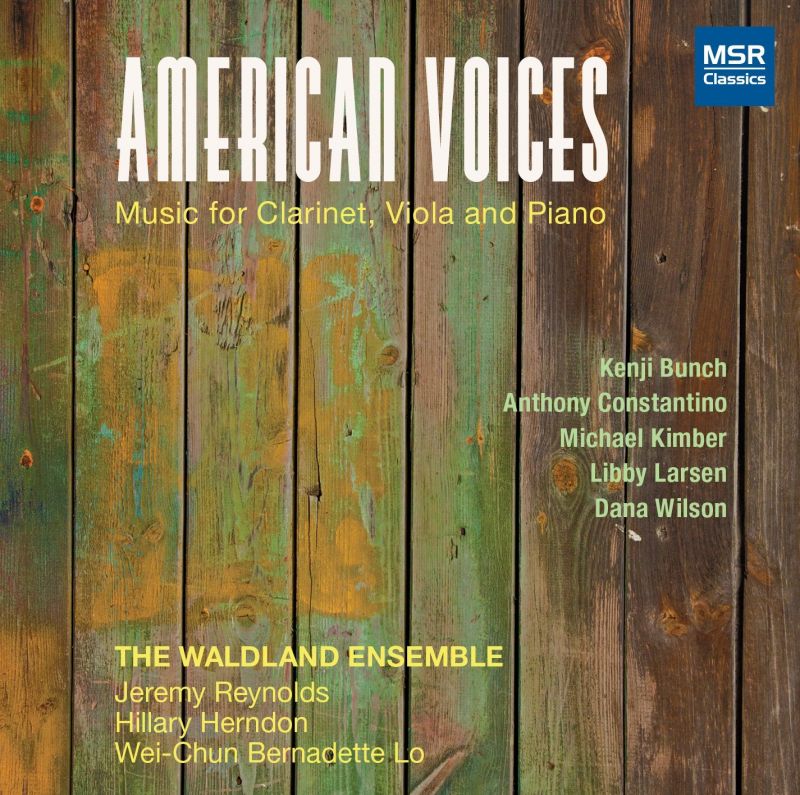 The Waldland Ensemble have two missions: expanding the repertoire for clarinet, viola and piano, and raising awareness of conservation issues. Both goals are noted in the group’s new disc of premiere recordings. The five works are at once accessible and inventive, the ‘American Voices’ of the disc’s title reflecting an array of styles and narratives.

The piece that fulfils the ensemble’s dual missions to most striking effect is Michael Kimber’s Vanishing Woods, both a salute to forests and a cautionary tale about their future. Scored for clarinet and viola, the music assumes many guises, from lament and celebration to anger and hope. Another work for clarinet and viola, Kenji Bunch’s Four Flashbacks, paints nostalgic scenes in colourful, jazzy and tender contexts.

Dana Wilson takes inspiration from a Langston Hughes poem in A Thousand Whirling Dreams, whose three captivating movements evoke images of shadows and the sun. The moods are dark, ominous and fierce in Anthony Constantino’s Ritual Songs, which gives the musicians myriad opportunities to engage in compelling conversation.

The disc’s witty entry is Libby Larsen’s Ferlinghetti, six miniatures inspired by verses from the eponymous American poet’s A Coney Island of the Mind. The music balances sonic dexterity with whimsy, reaching an apex of lunacy in the sixth movement, a depiction of clowns at the circus performing antics to titbits of 23 patriotic tunes. Clarinettist Jeremy Reynolds, viola player Hilary Herndon and pianist Wei-Chun Bernadette Lo are expert champions of repertoire they bring dynamically to life.