ANDRIESSEN Theatre of the World 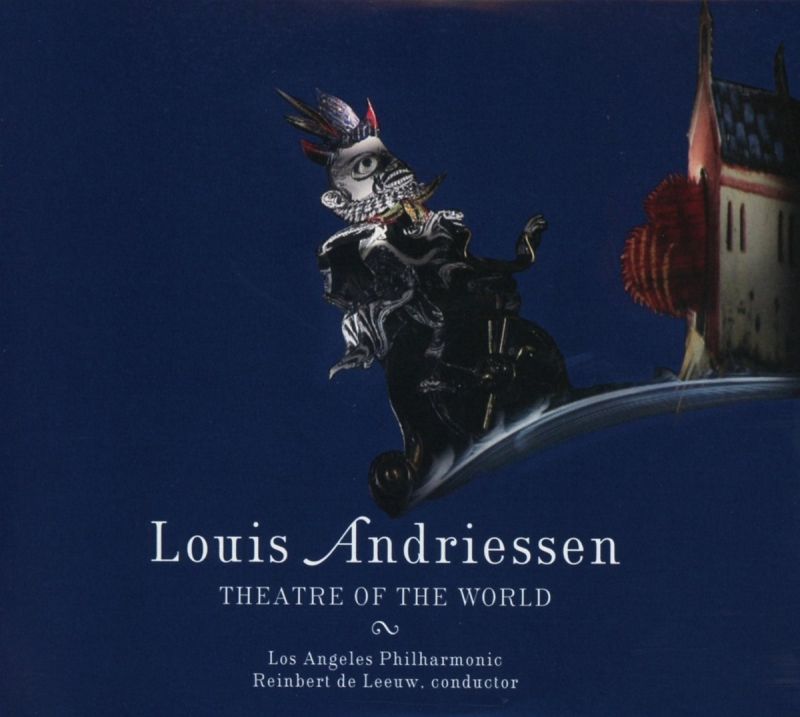 Louis Andriessen’s operas have possessed more than their fair share of bizarre plots, grotesque twists, surreal scenarios and outlandish characters over the years but the Dutch composer’s latest offering – grandly titled Theatre of the World – arguably surpasses everything previously achieved by him in this genre.

Premiered in 2016 at the Walt Disney Concert Hall by the Los Angeles Philharmonic under Reinbert de Leeuw, Theatre of the World takes the 16th-century German Jesuit scholar Athanasius Kircher as its unlikely starting point, although his life and work is only one strand in a complex dramatic scenario. Possessed by a need to become recognised as the foremost thinker of his age, Kircher (vividly characterised in the baritone Leigh Melrose’s performance) arrives at the Vatican, where he meets Pope Innocent XI. Accompanied by a young boy with magical powers (excellently portrayed by the lyric soprano Lindsay Kesselman), the three are transported through time and space to various locations including ancient Egypt, the Tower of Babel and Dutch-colonialist China. Each location provides Kircher with an opportunity to show off his wide knowledge of history, science, mathematics and politics. But the young boy’s probing questions increasingly undermine Kircher’s authority and the foundations of truth upon which his world is built start to disintegrate.

Other elements in the opera include the appearance at several key moments of the Mexican mystic Sor Juana Inés de la Cruz (brilliantly performed by Andriessen stalwart Cristina Zavalloni), singing passages from her epic poem ‘Primer sueño’ (‘First Dream’). Other characters include an executioner, three witches and a couple of secret lovers, as well as an ingenious libretto by Helmut Krausser which switches between several languages, including English, German, Spanish, Italian and old Dutch.

Immediate, transparent and almost disarmingly direct, Andriessen’s score is the ideal counterweight to this dense and complex plot. Unsurprisingly, there are plenty of musical allusions here, ranging from the opening solo trombone’s homage to Berio’s Sequenza V to Renaissance music, Mahler, Stravinsky, Copland, jazz, popular dance forms and self-quotation, including at one point a mash-up of Beethoven’s ‘Ode to Joy’ and The Champs’ ‘Tequila’. However, Andriessen synthesises these stylistic strands by lacing each one with an ironic edge. And by placing flesh-and-blood individuals at the centre of the dramatic action rather than character ‘types’, Andriessen imbues Theatre of the World with an expressive power and intensity rarely found in dramatic works of this kind.

ANDRIESSEN Theatre of the World

Theatre of the World