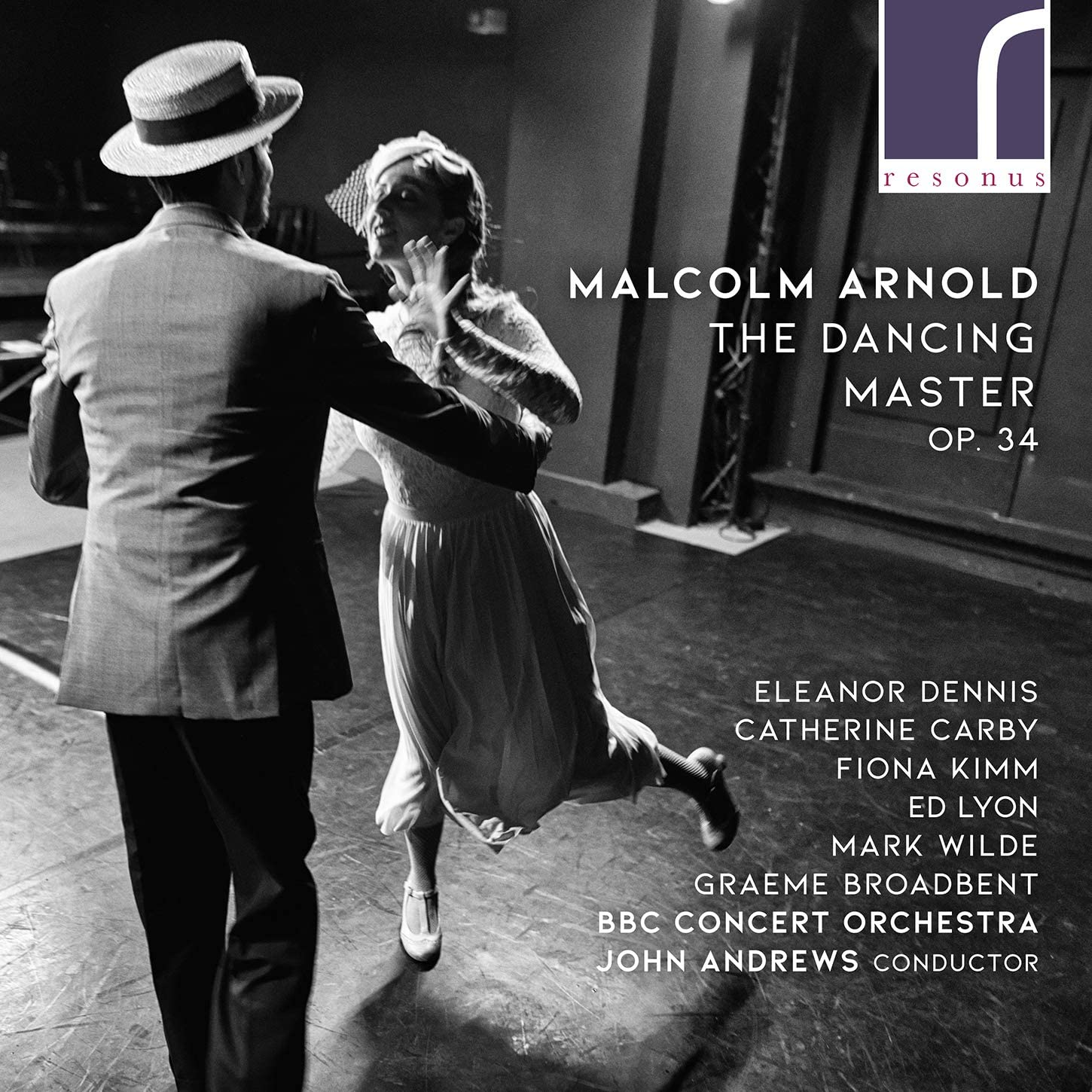 Here’s a tonic for a melancholy year: a one-act comic opera by Malcolm Arnold, unstaged in the composer’s lifetime and never commercially recorded. And if the idea of Arnold as an opera composer comes as a surprise, you’re not alone. Composed in 1952 to a libretto by the documentary-maker Joe Mendoza, and intended for television, The Dancing Master was rejected by both the BBC and Granada (too bawdy, apparently), and was promptly shelved by the composer. As the conductor John Andrews mentions in his booklet notes, it gets only the most fleeting of mentions in Meredith and Harris’s standard biography of the composer (Thames Publishing).

Andrews and his collaborators make generous amends in this new recording of what turns out to be an absolute zinger of a score. It’s based on a Restoration comedy by William Wycherley: a farcical tale of eloping lovers, scheming maids, pompous elders and false identities. Classic opera buffa material, in other words, and Arnold hits his stride from the first raucous orchestral guffaw. His pacing is very near flawless, and in fact he wrote the score – in barely two weeks – in the same headlong rush of creativity that produced his English Dances, the Second Symphony and no fewer than 11 film scores, including The Sound Barrier.

The result is a delight: exuberant but never breathless, passionate but unsentimental, orchestrated on a needlepoint and effortlessly melodic. Arnold’s moments of pastiche are wittily done: an awkward serenade evokes Beckmesser, and a whimsical melody accompanying a playful flirtation sounds unexpectedly familiar (he later recycled it as the main theme in Hobson’s Choice). It all has that bracing, sophisticated freshness so typical of Arnold’s music in the 1950s, and Andrews and the BBC Concert Orchestra sound like they’re loving every bar: letting it be its own vivid, lively self.

That goes for the cast too, with Eleanor Dennis and Ed Lyon giving just enough opulence and warmth to the two young lovers, while handling Mendoza’s tongue-twisting text with a clarity and poise that don’t preclude genuine passion in Lyon’s big romantic numbers, or a hint of real vulnerability in Dennis’s moments of (happily illusory) heartbreak. Catherine Carby as the maid Prue, Fiona Kimm as a domineering aunt and Graeme Broadbent as the patriarch Diego enthusiastically deliver the requisite sensuality, bluster and bombast; and far more expressively and beautifully than these essentially comic roles strictly demand. Mark Wilde, as Monsieur, is little short of heroic in his ability to maintain a lyrical line while delivering Franglais straight out of ’Allo ’Allo.

In short, it’s hard to imagine it done better. Arnold’s many admirers should snap it up, as should anyone interested in 20th-century British opera. With luck, this recording will make a staging more likely. For now it raises one of post-war music’s regrettable might-have-beens into a rewarding and very real 21st-century pleasure.