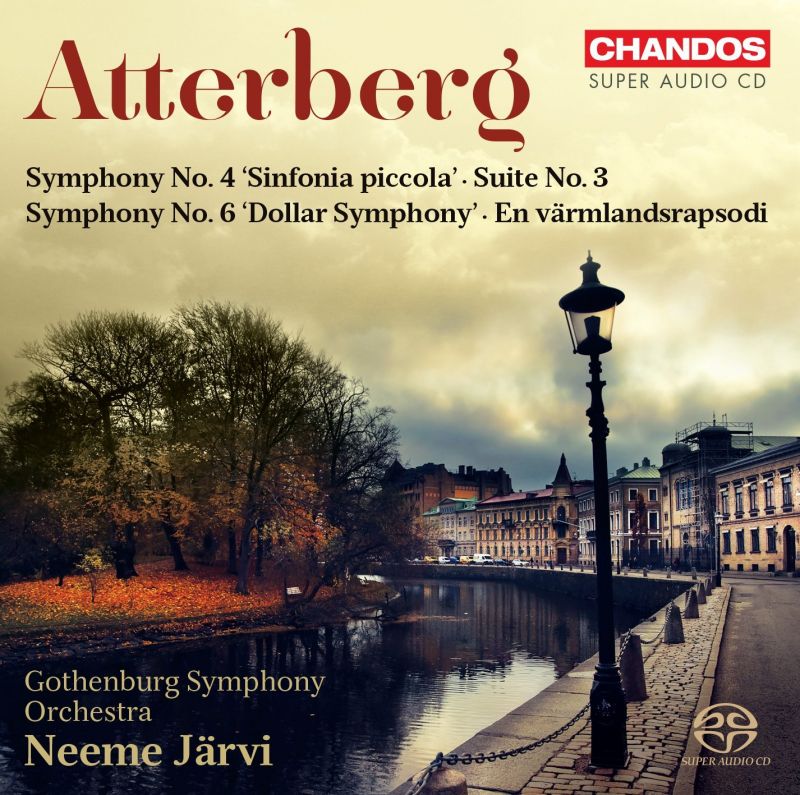 The Sixth Symphony’s celebrity – or notoriety – at winning the $10,000 First Prize in the Columbia Graphophone Company’s Schubert Centenary Competition in 1928 purchased the work at least three recordings more than it would have garnered otherwise (none of his other symphonies has managed half the number No 6 has; Atterberg himself recorded it with the Berlin Philharmonic). Järvi has the measure of its three neatly drawn movements, vigorously celebratory and festive in the outer Moderato and Vivace, more decisive in momentum in the central Adagio, cutting three minutes and more off his modern rivals, Ari Rasilainen (the only conductor to record all nine symphonies) and Juni’chi Hirokami. Järvi is closer to Beecham’s vivid premiere interpretation – very finely remastered by Dutton – in tempo and lightness of touch, unlike the darker, grandiose view adopted by Toscanini, Hirokami and Rasilainen. The historical accounts not being truly competitive as first choices, Järvi’s is the truest and most opulently recorded. I still like Hirokami’s but as with Rasilainen’s it does drag in the central Adagio and the Norrköping Orchestra’s performance is not as refined as its modern rivals.

The couplings are equally beguiling. The sinfonietta-like Fourth (1918), like the Eighth based on Swedish folk tunes, rattles along pleasantly without attempting the Sixth’s public manner. Suite No 3, drawn from incidental music to Maeterlinck’s Schwester Beatrice (1917), is delicate and refined, the scoring for strings in contrast to the symphonies’ richer canvas. The Värmland Rhapsody (1936) is another folk canvas, reminiscent of Vaughan Williams or Moeran but with an authentic Swedish flavour. Järvi’s accounts of these at least match their rivals and together comprise an excellent start to the series. If they cover all of Atterberg’s 40-odd scores, expect about a dozen more discs! Recommended.