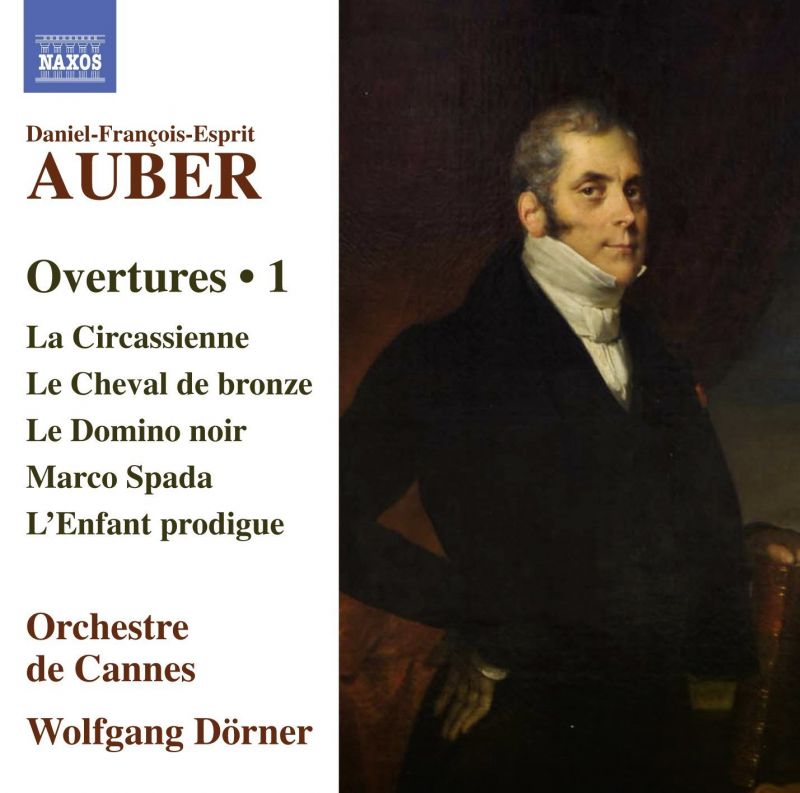 Charm and elegance are the words that invariably come to mind when Auber is mentioned, though there is, of course, much more to him than that. His operas were popular Europe-wide until the early 20th century and their overtures remained familiar concert items for many years thereafter. They’re variable in quality and are sometimes dismissed simply as potpourris, hastily flung together. The first instalment of Naxos’s survey, however, frequently reveals a more considered imagination at work.

There are some deft structures, of which the most elaborate is Le domino noir, a rondo with a theme and variations forming one of its episodes. Auber’s orchestration combines depth with precision and clarity in ways that look forward to Meyerbeer and Offenbach. His melodic inspiration could be uneven, however, and he sometimes seems over-fastidious in his approach to the occasionally louche sensuality of his subjects – a cross-dressing Russian officer, for instance, in La circasssienne, or the trainee abbess of Le domino noir, who has a penchant for attending masked balls in disguise.

The performances are uneven, too. Wolfgang Dörner and his Cannes orchestra are finely sensitive to detail, with the orientalist flourishes of L’enfant prodigue beautifully defined and the complex string-writing at the start of Fra Diavolo delightfully poised. Elsewhere we could do with a bit more rhythmic fire, while the big Rossinian crescendos, of which Auber was fond, don’t always have the requisite bite. The recordings were all made in the same Cannes hotel, though La circassienne, placed first on the disc, is for some reason more reverberant than the rest, where the sound is admirably clear.

La Circassienne (The Girl from the Caucasus)