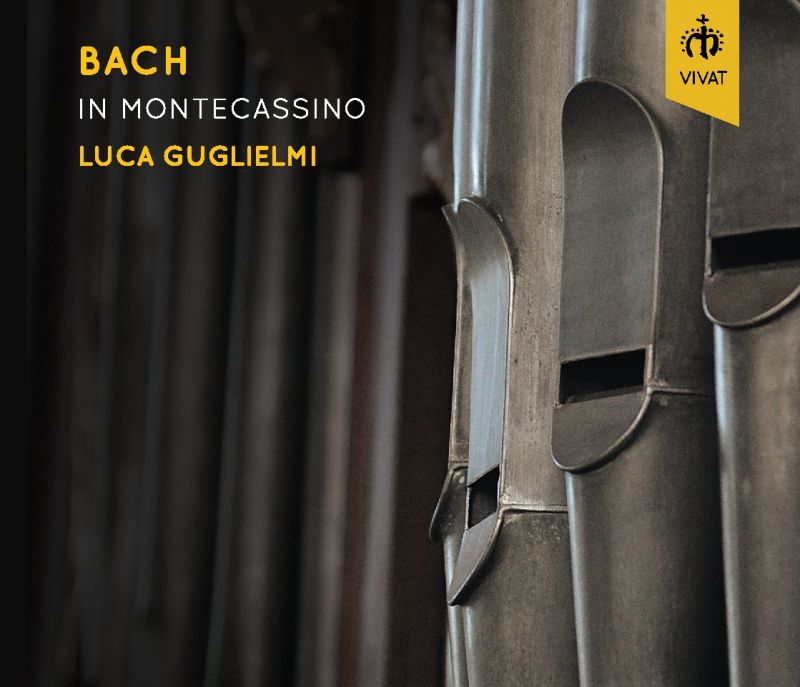 Presenting Bach’s organ music in fresh pastures is no easy feat but the programming alchemy here is highly compelling. The first element is an original 1749 organ in Piedmont, mirroring the instrument that graced the Abbey of Montecassino before it was destroyed in 1944. The matching components are the renowned teacher (of Mozart among others), musicologist and arranger Padre Martini, and performer-collector Friedrich Wilhelm Rust, whose family contributed significantly to the first complete edition of the composer’s work, the Bach-Gesellschaft-Ausgabe. Their documented part in disseminating Bach’s music in Italy in the 1760s inspires the content and topography of this most cultivated of recitals.

Luca Gugliemi – not to be confused with another fine Italian Bach organist, Lorenzo Ghielmi – is the critical element in the jigsaw, and not just because he offers a consistently probing clarity in his articulation and colouring, binding these strikingly diverse musical styles. More crucial is how the narrative of the Martini ‘exhibition’ unfolds with such grace and ardour: fascination lies in hearing sources of non-organ works, such as the febrile harpsichord Fantasia chromatica reimagined in the delectable bloom of Chiesa di Nicolao as well as the hauntingly soft-paletted C minor Fantasia, alongside preludes of intimate subtlety and range.

Indeed, Gugliemi’s scope is harnessed to the astutely characterised and moderate scale of the musical works, especially projecting the contemplative within the so-called ‘Organ Mass’, the Clavierübung III of 1739. There are some exceedingly sweet registration changes, none more so than in the ubiquitous Jesu, meine Freude (from the quartet of works just before), at 3'23". Gugliemi captures the imagination throughout while also celebrating those unheralded cognoscenti in the years immediately after Bach’s death, and before post-Mendelssohn venerating. A finely chiselled and innovative project, warmly recommended.

Choral Preludes from the Kirnberger Collection