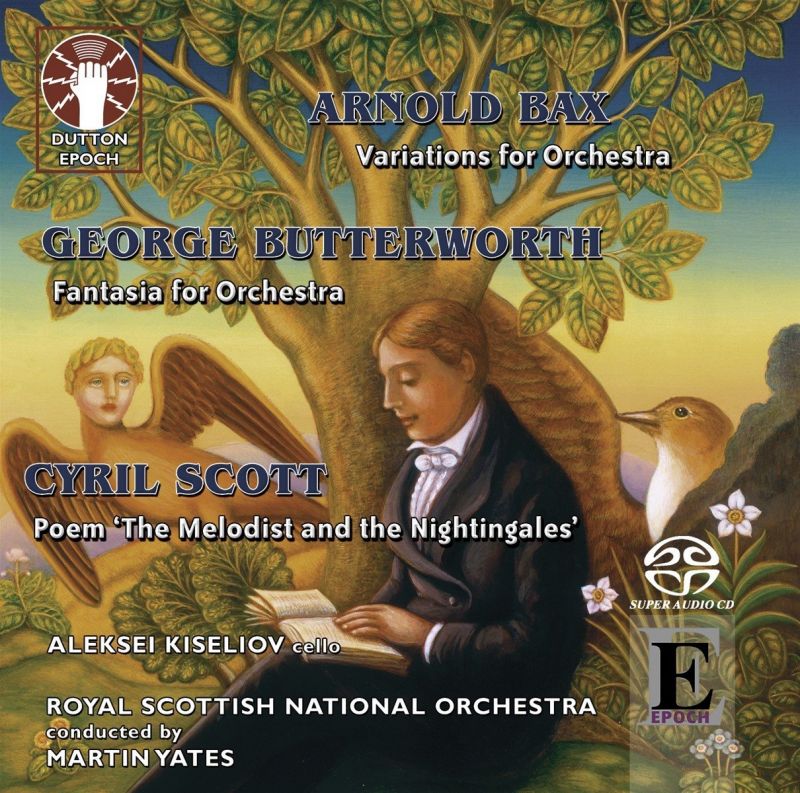 ‘Eccentric very!’ commented Edward German upon reading the manuscript score of Arnold Bax’s Variations for orchestra. Completed in June 1904 when Bax was still a student at the RAM, it was submitted by his teacher Frederick Corder for the RCM’s Patron Fund rehearsal in May 1905. Lewis Foreman’s booklet-note quotes Bax’s hilarious description of this event (taken from his autobiography, Farewell, My Youth), to which he turned up in the nick of time, only to discover – to his utter dread – that he was expected to conduct the piece himself! ‘Ye look warm, young man,’ observed Stanford at the end of some ‘45 minutes of mental and physical misery’, after which the 20-year-old vowed never to pick up a baton again. It’s an engaging offering, full of youthful confidence and displaying no little inventive flair, culminating in an extended finale which incorporates a stirring melody with a subtly Irish flavour.

Among the papers left by George Butterworth was a manuscript containing 93 fully scored bars of an unnamed orchestral work. We can now experience that material for ourselves thanks to the efforts of conductor Martin Yates, who has fashioned a highly effective 16-minute Fantasia for orchestra that attempts to place Butterworth’s final thoughts in a meaningful context. The very end, in which two trumpets play the last notes that appear in the composer’s hand before fading to nothing, is a particularly touching inspiration.

There’s also plenty to warm the cockles in Cyril Scott’s Poem for cello and orchestra The Melodist and the Nightingales. Dedicated to Beatrice Harrison (who gave the June 1929 premiere at London’s Queen’s Hall with Beecham conducting), it’s a gorgeously sultry, delectably fragrant evocation. Suffice to say, RSNO principal cellist Aleksei Kiseliov makes a lovely job of the solo part, and here as elsewhere Yates secures impressively secure results, all captured with conspicuous realism by the Dutton microphones.

Poem 'The Melodist and the Nightingales'