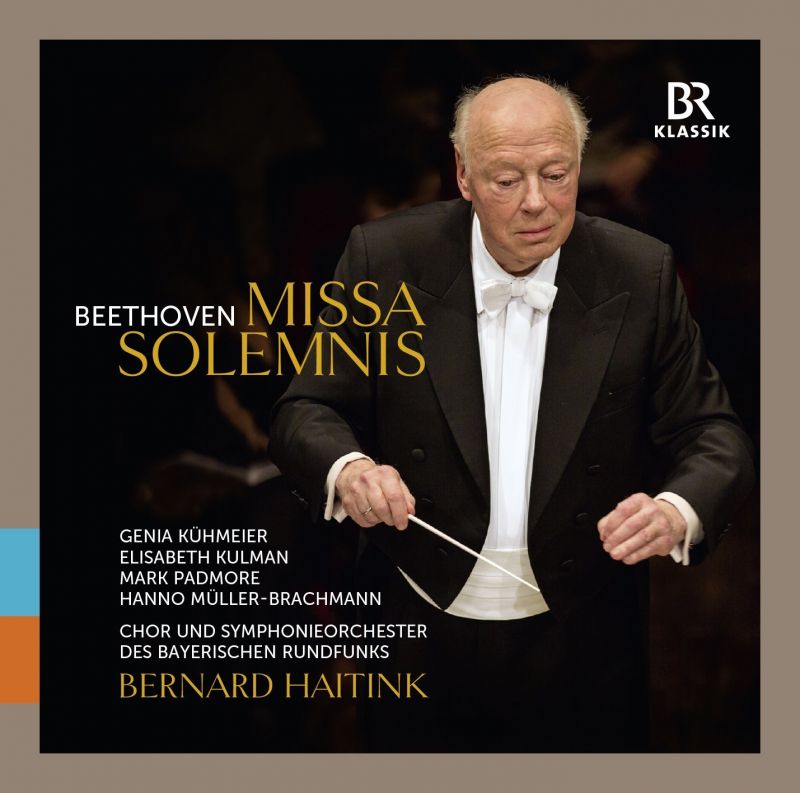 This is Bernard Haitink’s first recording of Beethoven’s Missa solemnis, a remarkable fact in itself which becomes doubly so when one realises that Haitink was 85 when he directed the performances from which the recording derives. They took place in Munich last autumn. Haitink could not have a chosen a better place to stage them. The Bavarian Radio Symphony Orchestra is currently as fine a Beethoven ensemble as any in Germany and Peter Dijkstra’s Bavarian Radio Choir marries weight with refinement in exactly the right measure.

As befits a musician of his age and experience, Haitink sees the work whole. He holds the Mass’s dramatic and meditative elements in a near ideal accord and projects them unerringly in a single 80-minute span. It is interesting, however, that at no point is one remotely aware that the performance is being conducted. It simply is. Take the opening of the Credo. Given a perfectly judged Allegro ma non troppo and a rock-steady pulse, the music appears to circle on itself with all the inevitability of a planet circling its sun. This is a wonderful account of the movement, not least in the deep sense of indwelling which the orchestra and Haitink’s superb quartet of soloists led by Mark Padmore bring to the ‘Crucifixus’. After that, there is no looking back. The meditative passages of the Benedictus and Agnus Dei are similarly fine, with the Agnus Dei itself bringing the great work powerfully yet calmly to its appointed end.

The recording is of studio quality. Had this been a studio recording I suspect the producer might have been tempted to revisit the Kyrieand Gloria, if only to pick up on the special mood which the performance generates from the Credo onwards.

But that is a small quibble. There are plenty of recordings of the Missa solemnis that are essentially theatrical happenings regulated from without. This is a spiritual event which grows from within. Free of any taint of ego, it takes with unerring aim the course the composer himself prescribed when he wrote the words ‘from the heart to the heart’.