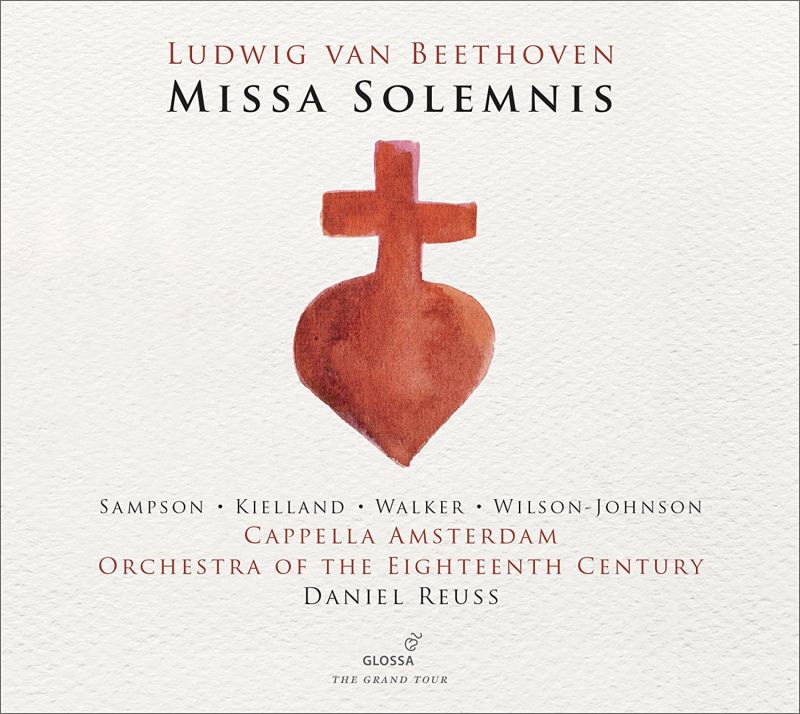 Listeners initially disconcerted by the smooth legato of the Kyrie’s opening statements may be reassured: this is not one of those orotund, peace-to-all-men performances to which the Missa solemnis is prone. It took place at the end of a tour of the Netherlands last autumn, in the Grote Zaal of the main performing arts venue in Utrecht: a modern hall, recently renovated, but sounding on the recording like a church far larger than its 1700-seat capacity. Microphone balances home in to catch every sibilant of ‘Christe eleison’ but they pan out and backwards for the great choral fugues, which come at the listener as if from the other end of an imaginary nave.

A high-definition film of the concert, made by Dutch TV, is available on YouTube. It shows that the membership of the Orchestra of the Eighteenth Century has evolved little since Frans Brüggen gathered it together 35 years ago. The ensemble’s collective, soft-grained sonority, so different to the Concentus Musicus Wien of similar vintage on Harnoncourt’s late-style recording (Sony Classical, 8/16), records well.

If the contribution of Cappella Amsterdam does not rival the phenomenal polish of the Monteverdi Choir for John Eliot Gardiner (SDG, 2/14), it’s tempting to observe that the choral writing not only entails but embraces a sense of struggle. Like Hölderlin after him, Beethoven prayed not to plaster saints but to a fleetingly apprehended God of earth and sky. In performing his religious music, a bit of dirt under the fingernails does not go amiss.

On film, Daniel Reuss is an agreeably pragmatic leader, but his reading goes deeper. It is rooted in a solid, not austere string bass that spreads through the Credo’s pleas of ‘Suscipe’ like a late summer sun. He is especially good at paying respect to the heterogeneous idioms of Beethoven’s painstakingly assembled inspiration. After a solid start to the Credo, Reuss cuts away at ‘Et incarnatus’ (4'10") to a glimpse of medieval plainsong which no less abruptly segues into contemplations of Fidelio, before the magnificent, hanging Baroque suspensions of ‘Crucifixus’, where vocal and instrumental soloists vie with each other for the most poignantly sustained expression as if in the slow movement of a late quartet. At these points even Gardiner is comparatively literal, while Harnoncourt’s team is sourly tuned and muddily recorded.

The soloists blend unusually well, even if Thomas Walker’s tenor is a size smaller than the other voices, and David Wilson-Johnson’s bass was more focused for Philippe Herreweghe in 2012 (PHI, 3/13). Each makes distinctive contributions – Marianne Beate Kielland especially searing in the Agnus – though they struggle against the acoustic in the Sanctus. I am especially partial to Reuss’s handling of the final bars, come scritto, with a flourish that stares into the void.