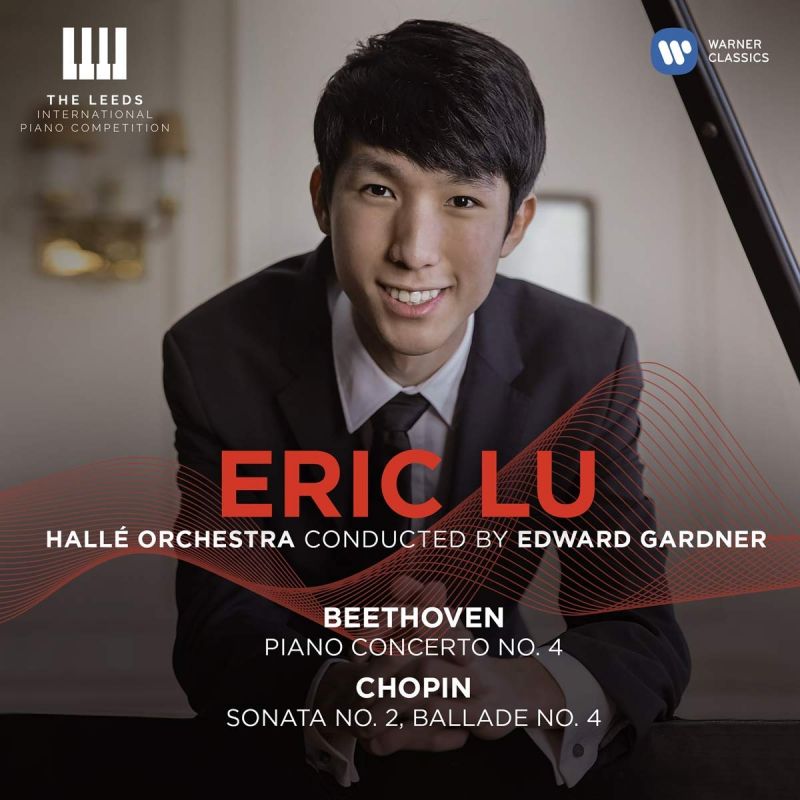 In the world of the rebooted Leeds Piano Competition the prize means management and a recording contract. And while many things about the new-look competition are encouraging (a chamber music round, for instance, or the greater emphasis on education), this does thrust the winner into the harshest of spotlights.

Eric Lu is, at 20, used to winning competition prizes, most notably having come fourth at the 2015 Chopin Competition. It’s important to remember that, competition or no, he’s still a student at the Curtis and therefore can’t be expected to be the finished item. And therein lies the contradiction, for this is a commercial recording, of heavily recorded repertoire.

I have enormous respect for anyone choosing to play Beethoven’s Fourth Piano Concerto in a competition, for there is surely no more challenging opening in the concerto repertoire. Lu makes something of a meal of those solo opening bars, applying (to my mind) too much rubato; Edward Gardner, directing the Hallé (on terrific form), does what any fine concerto conductor would do: he imitates the phrasing of Lu, though there is something of an acceleration through the next tutti to bring things up to speed. This is a reading that is full of glinting brilliance on the part of Lu – his dexterity is impressive, as is his trilling, and in the more extrovert moments he is in his element. Yet in the more inward moments, while Lu takes the dynamics down, he doesn’t soften emotionally or display much colouristic range (just sample the opening movement at 6'41" or the switch to the minor at 7'39"). Again, the first-movement cadenza is confident but a tad unyielding.

In the Andante con moto there’s little sense of change as the movement progresses and the piano-writing becomes more worked up. The finale fares better, again with some truly characterful playing from the Hallé, but, while technically on the money, Lu doesn’t convey the breadth of expression that you find in more memorable performances.

The remainder of the disc is devoted to Chopin, with the Fourth Ballade from the second round and the Second Sonata from the semi-final. I could have done with a more haloed sound in the opening of the Ballade and at times Lu’s habit of applying rubato in both hands loses the essential element of classicism in Chopin’s writing.

The sonata seems to me still a work in progress: in the first movement he has a tendency to pull the tempo around too much (the first movement from 5'40", for instance), the points of repose not really offering stillness. The Scherzo’s outer sections are oddly unstable – though the Più lento works better – and the Funeral March itself lacks a grandeur, a solemnity, as if Lu is slightly uncomfortable at his relatively slow speed. The finale, though misty, doesn’t convey the required ethereal quality.

The disc left me wondering who Eric Lu is, musically speaking. I’m not sure his personality really comes through as yet; and if that seems a high expectation from a 20-year-old, therein lies the eternal conundrum of competitions.