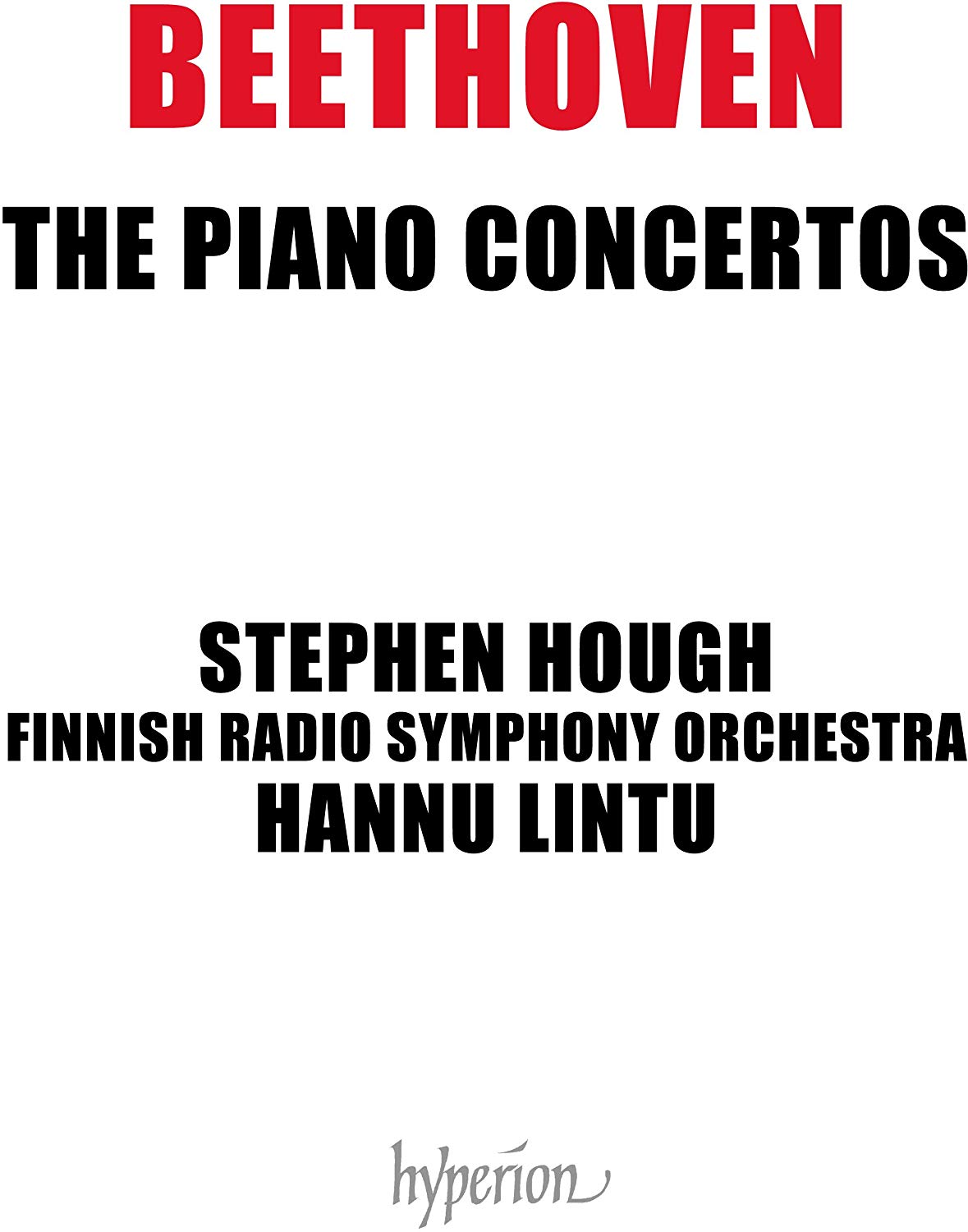 It is a tribute to the quality of Stephen Hough’s musicianship that the new cycle’s most memorable performance should be that of Beethoven’s Janus-like Third Piano Concerto, the one – on record at least – that has often proved the most elusive.

As experienced collectors will know, it’s generally individual performances within Beethoven concerto cycles that are best remembered. This is largely because of the difficulty of finding partnerships between protagonists and their accompanists that work, and work across the board.

Revered older cycles tended to be conducted by well-schooled Kapellmeisters. I think of Solomon’s partners, Herbert Menges and André Cluytens; Paul van Kempen and Ferdinand Leitner working with Wilhelm Kempff; and Leopold Ludwig and André Vandernoot, who conducted for Gilels (rather more agreeably than George Szell). When a front-rank conductor comes along who knows his stuff yet cares not a jot for the limelight – Klemperer buoying up the young Barenboim, Haitink working with Murray Perahia – then you really are in business. Stephen Hough’s conductor, the 52-year-old Finnish-born Hannu Lintu, strikes me as being an odd choice: competent, at best decidedly so, though not without moments of wilfulness and self-regard, and not always on hand in the all-important matter of securing a narrative line when the soloist is away on other business.

To begin at the beginning, why treat the C major First Concerto’s four-note opening phrase to an unmarked dabbed diminuendo on its final note (a metric stress point)? And why the unmarked espressivo phrasing in bars 8 12? Tiny details, but representative, in as much as they portend a backdrop that’s occasionally at odds with the playing of a soloist whose fineness of touch and sharpness of delineation recall those of such predecessors as Solomon and Gilels.

True, there are some added frills and furbelows, small improvisations, none of them marked in the new Bärenreiter edition used by Hough, which may not wear well on record. Which is why the unassuaged boldness of the performance of the Third Concerto is so impressive. Things hang together a touch less well in the Fourth Concerto and barely at all in an unevenly directed account of the Fifth, which emerges more as a series of unbound leaves than a well-stitched volume.

If the sound quality is excellent, the supervision of below-the-radar detail is occasionally less so. In the slow movement of the Fourth Concerto we have stentorian strings set against a fine-drawn piano sound whose etiolation results in a silence in bar 9 that Beethoven didn’t write. (His quaver rest comes in the variant at bar 22). Mind you, it’s the very refinement of Hough’s playing that makes for such close listening.

All but one of the cadenzas are Beethoven’s own. Hough has written elsewhere how he dislikes the cadenza Beethoven later added for the admittedly rather flimsy first movement of the early B flat Second Concerto. One takes his point. Equally, you might argue that the 1809 cadenza prepares us for the greater things that are to come in the concerto’s final two movements, where, as Neville Cardus once put it, we have immortal music unrelated to the mortal age at which it was composed.

The new Bärenreiter edition brings no real surprises, except on the final chord of the slow movement of the Third Concerto, where the piano nails down the music’s famously foreign key with its own fortissimo E. Still, the violins’ high G sharp still sounds; and with the segue pretty well in place, Beethoven’s hilariously subversive series of puns on G sharp, G and A flat shines through as well as on any recording I know.

Concerto for Piano and Orchestra No. 5, 'Emperor'