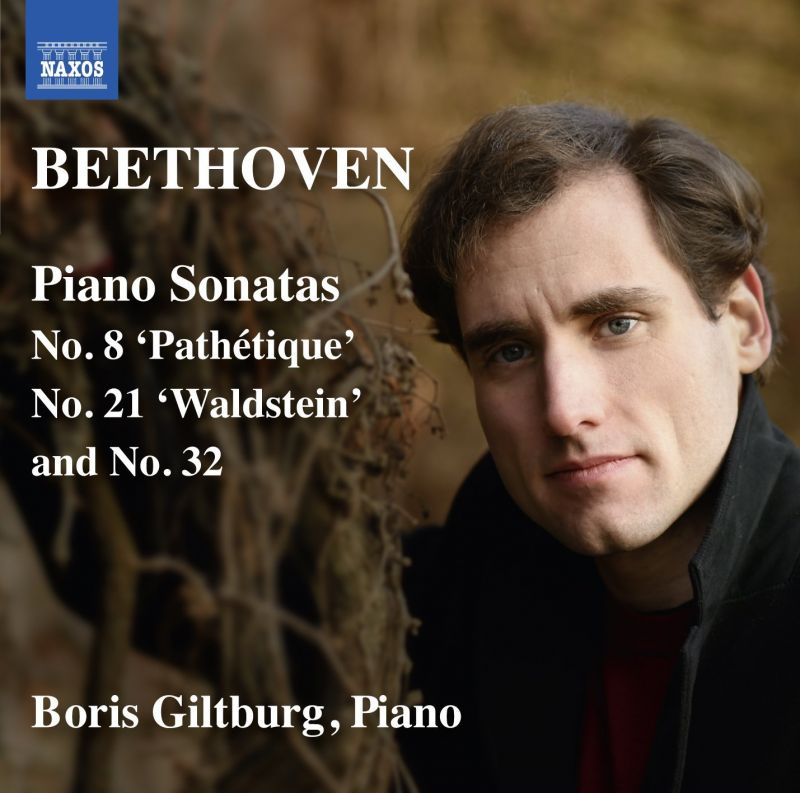 Following a cautious all-Schumann debut (3/15), Boris Giltburg’s second Naxos release, devoted to three Beethoven sonatas, finds the 2013 Queen Elisabeth Competition victor mostly back on form. The Pathétique’s first-movement introduction holds interest for the pianist’s shapely voicings of the low-lying chords, as do the main-section Allegro’s robust dynamism and attention to phrase markings. That said, I prefer the caustic sting of brisker, more linear readings (Serkin, Moravec or Goode, for example). By contrast, the fluid and transparent Adagio cantabile features an unaffected singing line and a lovely muted aura to the triplet counterlines. The Rondo’s rapid détaché passages also benefit from Giltburg’s impressive control and feeling for nuance.

Many of the Waldstein’s first movement’s details seem studied rather than organically generated, such as the main theme’s calibrated crescendos (Giltburg’s, not Beethoven’s), a slightly sentimentalised second subject, minuscule breath pauses that telegraph transitions and subito dynamics. Giltburg’s eloquent and luminous Introduzione leads into a Rondo that strives for cosmic breadth but ultimately lacks the clarity and rhythmic backbone of Claudio Arrau’s similarly broad interpretation; compare both artists’ triplets in contrary motion at bars 351 376 and you’ll hear what I mean.

Giltburg’s highly articulated fingerwork throughout Op 111’s first movement gives appropriate variety and character to the gnarly writing, despite more than a few glossed-over dynamic and expressive directives. Everything comes together for the pianist in the Arietta. He pushes faster than expected in the second variation, yet launches into the subsequent fast variation with tempo relationships intact and without flattening out the syncopations, as many pianists tend to do. Although the melodic trajectory comes in and out of focus during the variations containing long chains of trills, the sustained beauty of the pianism still commands attention. Naxos provides superb, full-bodied and detailed sound.

Sonata for Piano No. 8, 'Pathétique'