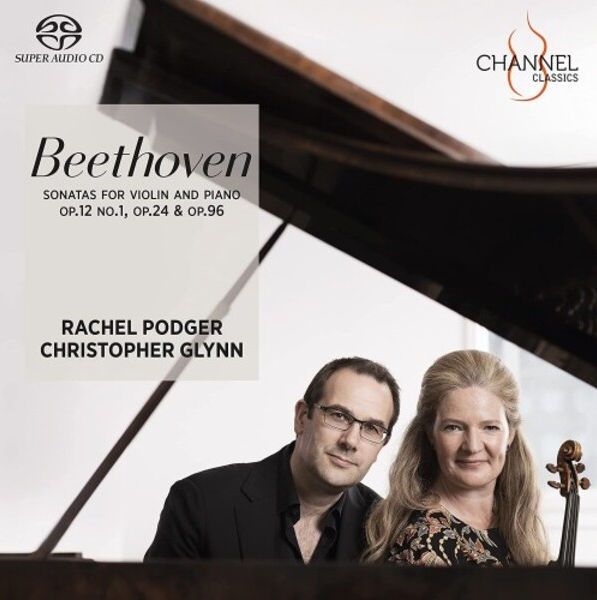 For her first recorded foray into Beethoven, Rachel Podger chooses three sonatas that suit her essentially collegial performance style. The very first sonata, published in 1798, audibly follows the models of Mozart and Haydn, with whom Beethoven had recently studied, even as his own individual voice strains at these 18th-century confines. The Spring Sonata is a songful outpouring in contrast to its ‘twin’, the Op 23 Sonata in A minor. The final sonata sits at the dawn of the visionary ‘late’ period and shares its particular lyrical expansiveness with works such as the adjacently numbered Archduke Trio.

From the opening flourish of Op 12 No 1, the difference in outlook between these players and, say, Isabelle Faust and Alexander Melnikov is clear. Where Faust and Melnikov opt for hall-filling, open-throated demonstrativeness, Podger seemingly turns towards her piano partner for a more intimate, conversational unfolding. Her sound is a touch more contained, even as the responsiveness between the two players is palpably ‘live’ and volatile. In the Spring, a more recent comparison is with Viktoria Mullova and Alasdair Beatson, who revel in the relaxed, vernal sunshine of the opening movement; Podger and Glynn, on the other hand, are more acutely aware of gathering clouds and, at a tempo that comes in a whole minute quicker, evoke something notably more blustery and uneasy.

Podger fields a 1718 Stradivari that is capable of some beguiling colours – especially when called upon to sing in sustained passages – but which can turn and give a stinging sforzando bite when required. The piano is an 1840 Érard, ideally matched with the violin, with the barest minimum of action noise and a seductive ‘ring’ in passages such as the cascading scales of the Adagio episode in the finale of Op 96. Surveys of the 10 sonatas on period instruments are considerably less rare than they once were but this selection – the inauguration of a cycle? – stands out for its individuality and a characteristic refusal to take the music at face value.

Sonata for Violin and Piano No. 5, 'Spring'

Sonata for Violin and Piano No. 10