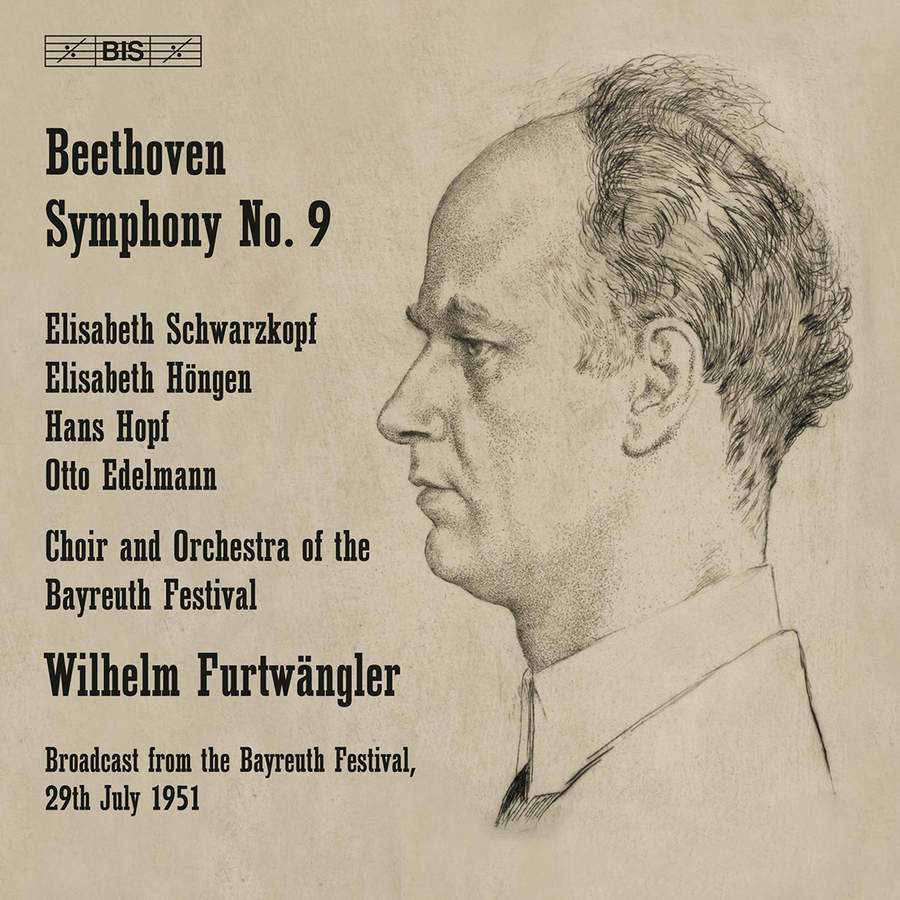 Wilhelm Furtwängler’s way with Beethoven’s Choral Symphony approximates a shared ritual. It is quite literally spellbinding, whether in the slowly clearing mists and rocky ravines of the first movement, the Dionysian dancing of the second, the sublime sweetness and stillness of the third or the wild vicissitudes of mood and execution in the choral finale, where following the biblical-sounding low string recitatives at the beginning and a long, suspenseful pause, Furtwängler ushers in the ‘Ode to Joy’ as if from the far distance. The theme itself builds with ecstatic abandon, wrapped in expressive counterpoint, while Furtwängler has his Bayreuth chorus hold chords where other choirs would run out of breath. The march episode (Hans Hopf, tenor) forges impulsively forwards and the fugue that follows argues a furious response.

But surviving recorded documents of this legendary reading are swathed in confusion. I am grateful to Mr John Duke for advising me that according to Henning Smidth’s ‘Furtwängler Broadcasts & Broadcast Recordings 1926-1954’ (smidth.dk/furt/FurtBroadcasts_20211212.pdf – latest revision December 12, 2021), Warner’s release is an edited version of the performance combining parts of rehearsal recordings with parts of the live recording, whereas on this BIS issue what we have is the performance itself, complete and unadulterated. It was preceded by the first commercial release of the concert recording based on the tapes archived in Bavarian Radio (Orfeo). And there’s another major difference between this BIS production and Warner’s latest (superior) transfer on ‘The Complete Wilhelm Furtwängler on Record’ (11/21), and that concerns the applause at the end of the performance. (Orfeo’s option has none.)

At the close of the work Furtwängler takes Beethoven at his word with a breathless prestissimo, hurtling towards the heavens at breakneck speed. Whatever lies below is so far down as to be invisible. At least that’s the impression given by this latest transfer, which – unlike its Warner rival, which brings the applause in straight away – honours a stunned silence that recalls a wartime Berlin performance where Hitler, Goebbels and the Nazi mob were present (Archipel, 5/05). The big difference, aside from the silence, is the intensity of the applause. More or less what you’d expect in Berlin, I’d say, but at the Bayreuth Festival positively ecstatic, with loud stamping and deafening shouts from the audience. OK, I appreciate that this was the post-war reopening of a major German theatre and the man on the rostrum was loved and respected beyond all measure by most music lovers, but still … quite a response.

All this means that you leave the listening process as if you yourself have been part of a profound communal happening. Also included (and separately tracked) are welcoming announcements, programme announcements and, in addition to the applause, closing remarks. The general idea, according to BIS, was ‘to not change anything, not to “brush up” the sound, not to clean and shorten the pauses or omit audience noises within the music, but to keep the original as it was. In this way we recreate the feeling of actually sitting in front of an old radio in 1951, listening to this important concert, thus creating a true historical document.’ Nothing else in the realms of recorded music is quite like it and I would urge you to share the experience, even though there are occasional minor flaws (acetate scratch, the odd patch of tape hum), whose significance is minimal in the overall scheme of things. I’m not claiming that this performance will suit every mood or even every taste, but if and when it does hit target it will leave you changed for ever.