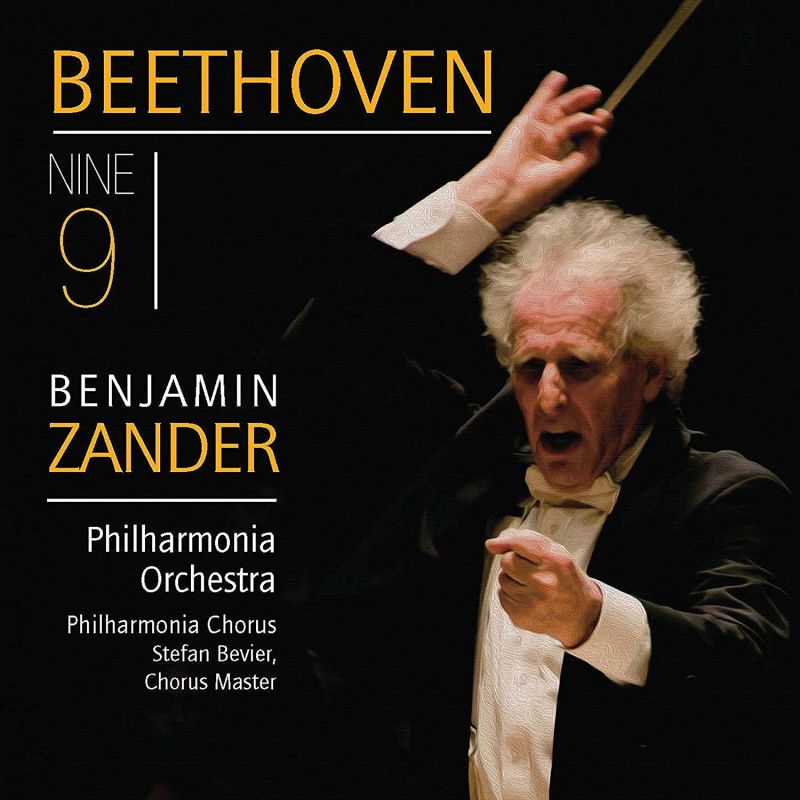 Much as I admire Benjamin Zander’s gifts as a musical proselytiser and polemicist, I approached the two discs’ worth of discussion that accompany this recording somewhat warily. Two hours and forty minutes? That’s a lot of talking. Zander is so fervent, however, that I found myself engrossed from start to finish. He wisely doesn’t concern himself so much with the Ninth’s historical background – the late Michael Steinberg’s superb booklet note covers that ground – but rather with why he believes the composer’s metronome indications and dynamic markings make musical sense.

Zander’s argument is wide-ranging and includes copious musical examples, with snippets of recordings by Toscanini, Furtwängler, Bernstein and Norrington, among others. Beginning with the ‘least controversial’ of the score’s 14 metronome markings and working gradually to the most contentious, Zander’s reasoning is consistently sensible, scholarly and compelling. By this point, admittedly, many of his ideas are hardly revolutionary. Setting aside his own scrappy account with the Boston Philharmonic (Pickwick, 9/92), recordings by David Zinman (Arte Nova, 7/99) and Philippe Herreweghe (Harmonia Mundi, 6/99) cut a similar interpretative profile. But in explaining his efforts to take the composer at his word, Zander gets to the crux of musical interpretation.

And the performance itself? Well, much of it is quite good, thanks largely to the commitment and collective virtuosity of the Philharmonia. Although the tension occasionally slackens in the opening movement, the tempestuous climax is ferocious (start at 7'07"); and in the coda, Zander’s meticulous attention to the dynamic markings intensifies the music’s emotional disquiet (from 11'21"). There’s visceral excitement in the Molto vivace, which gallops along, agile and animal. The woodwinds even manage to make shapely music in the Trio, despite the breakneck pace. Note, too, how passionately the violins sweep through the elaborately embroidered passage in the Adagio at 6'18".

At times, though, a feeling of pedantry creeps in, and particularly in the finale. The jubilant restatement of ‘Freude, schöner Götterfunken’ at 11'13", for instance, is too hectic. And in the Allegro energico (at 15'07"), Zander relentlessly pounds the main beats, as if the sempre ben marcato indication trumped all else. Bass-baritone Derek Welton blurs some pitches in his opening recitative but both the solo quartet and the Philharmonia Chorus sing with gusto. It’s a pity that so much crucial orchestral detail is buried whenever the chorus sings above piano.

Near the end of his discussion, Zander acknowledges that, in realising the composer’s metronome marks, the Philharmonia’s musicians were ‘stretched to the limit’, even under studio conditions. Would this even be practicable in a concert? I have a hunch that the frisson of a live performance might have helped quite a bit. As it is, Zander’s eloquent disquisition is the more satisfying and valuable part of this set.