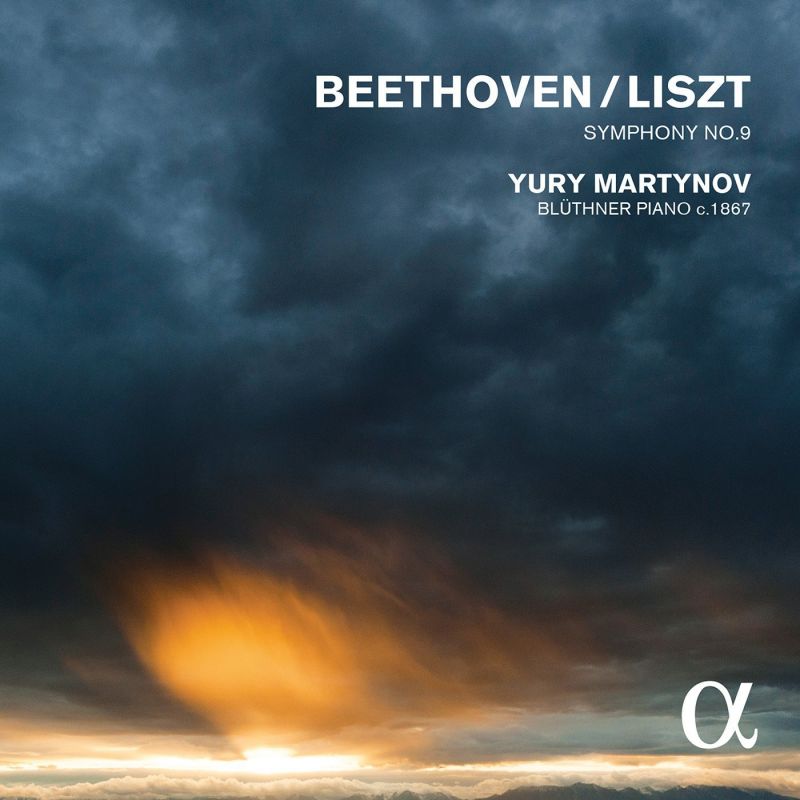 With this release, Yury Martynov wraps up his traversal of Liszt’s transcriptions of all nine Beethoven symphonies, the first complete set to use historical instruments (an 1837 Erard and a Blüthner, c1867). In many ways, Martynov’s wide experience with a variety of historical keyboards and styles made him ideally suited to so ambitious a project. But what seems especially striking is that the high standards established with the first instalment in 2012 have not been maintained but surpassed.

Appropriately, Martynov saved the most challenging of these dauntingly difficult transcriptions for last. As did Liszt himself, who had produced a superb two-piano transcription of the Ninth, a work he often conducted, as early as 1851. Thereafter, despite the entreaties of his publisher, Breitkopf & Härtel, Liszt maintained that distilling the complexities of Beethoven’s last symphony for one player at one instrument was patently impossible. Yet in 1865, living in seclusion at a monastery on the Monte Mario overlooking Rome, he produced a translation of one musical medium to another that has yet to be surpassed in scope, craft or inspiration.

From the beginning, with Martynov’s skilful evocation of the lightning-bolt open fifths piercing the ominous clouds that cloak the Ninth’s first moments, the overwhelming impression is not of reduction but of an enlargement, an opening out, a sudden clarification of this familiar music. Paradoxically, Beethoven’s titanic vision, far from being tamed or diminished, looms even larger, more terrifying than is normally communicated in orchestral performances. Giving periods of relaxed contrast their full due, Martynov nevertheless maintains the inexorable trajectory of the movement to the end.

It is in the Scherzo that the advantages of Martynov’s instrument are perhaps most apparent. His fleet, secco performance is abetted by the quick sound decay of the Blüthner. Its lighter action also allows Martynov to establish and maintain an exhilarating tempo, here framing astonishing feats of agility. Enlivened by stirring rhythmicality, Martynov conjures a sonorous constellation that both thrills and amazes. The Trio has a minute delicacy that nevertheless remains bracingly masculine. After listening to the Scherzo repeatedly, I’m still surprised and a little disappointed when it ends.

With its requirement of emulating sustained string choirs, the Adagio poses unique challenges. Martynov meets them by creating an air of pervasive calm, out of which blossoms a narrative that reaches towards the supernal realms. Without courting stasis, Martynov achieves an unencumbered, otherworldly suspension of time. The increasingly elaborate figurations that embellish the music’s harmonic progress are better experienced than described.

The metamorphosis from the storm unleashed at the opening of the finale to the imploring earnestness of the ‘Ode to Joy’ is stunningly affecting. But it is scant preparation for the combination of rhythmic precision, colouristic imagination, judicious pacing and sheer exercise of musical will with which Martynov conjures the sublime exaltation of Beethoven’s exhortation. The abrupt shifts of affective gear occurring in the last five minutes seem perfectly natural but, despite their familiarity, here they emerge as freshly surprising and uplifting.

Of the major Romantics, Liszt alone had a personal connection with Beethoven. A case could be made that this first-hand association would prove to be the defining event of his life. Even in old age, he continued to refer to Beethoven as his great ideal, the lodestar of his artistic universe. Liszt’s advocacy of Beethoven’s music, at a time when many of his contemporaries were either unfamiliar with or baffled by the late-period works, is a matter of historical record.

At a remove of almost two centuries, the closest we may get to the actual experience of the galvanising effect Beethoven had on the next generation could well be these monuments erected by one of his most ardent disciples. Before the earliest attempts at sound reproduction, Liszt drew on every means at his disposal to create an accurate replica, a facsimile, of works he recognised as uniquely powerful, in order that others might better know and understand an artistic legacy he loved
and valued above all.

Yury Martynov is one of the few pianists around with the technical resources, musical grasp and conviction to recreate this legacy persuasively. In doing so, he amply demonstrates its continued usefulness and vitality. It seems safe to say that he has given us the Beethoven-Liszt cycle for our time, and one unlikely soon to be superseded.