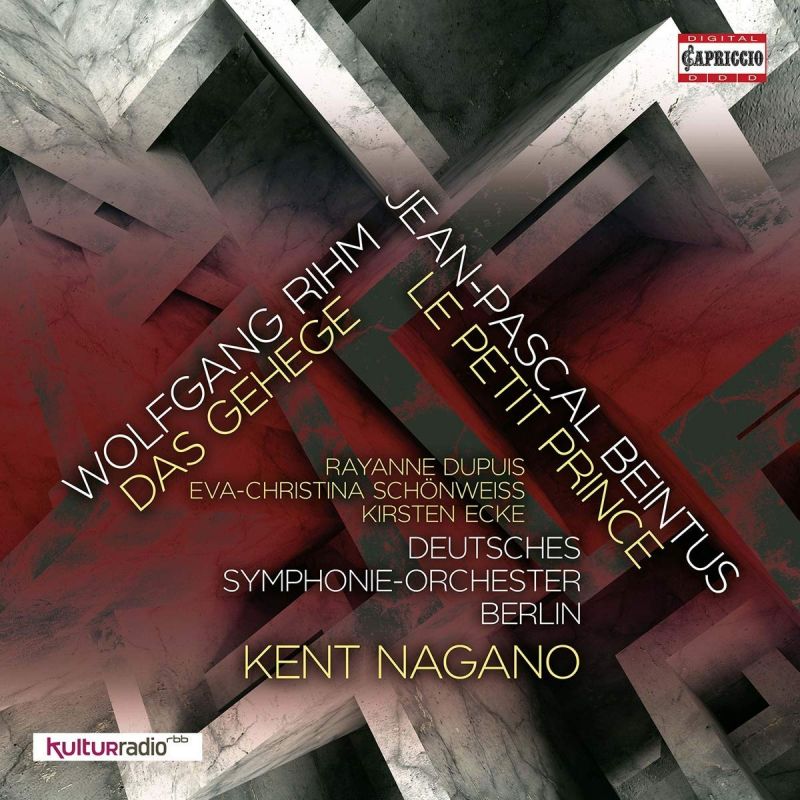 Kent Nagano’s absence from the UK for two decades has been to others’ benefit – not least the Bavarian State Opera, where he began his tenure with a commission from Wolfgang Rihm. Premiered as the first half of a double-bill with Strauss’s Salome, Das Gehege (2005) turns the final scene of Botho Strauss’s play Schlusschor into a ‘nocturnal scene’ for soprano and orchestra. The scenario of a woman entering the cage (the enclosure of the title) of a golden eagle at a Berlin zoo, there attempting intimacy with it before humiliating and dismembering it, is intended as a provocation in the aftermath of German reunification. Rihm responded with this 36-minute monodrama whose exacting soprano part, against an intricate and stylistically wide-ranging orchestral contribution, has parallels with Schoenberg’s Erwartung of almost a century before. If the later work lacks such mesmeric intensity, its emotive power is scarcely in doubt, not least when Rayanne Dupuis projects the vocal line with unfailing commitment.

A pity that a more fitting coupling was not provided. Encouraged by Nagano while a double-bassist at the Lyon Opéra, Jean-Pascal Beintus has since enjoyed success on both sides of the Atlantic mainly with his film scores. Taken from a production of Antoine de Saint-Exupery’s Le petit prince, this concert suite depicts incidents from the story over 10 brief movements whose technical finesse cannot disguise their stylistic derivativeness or paucity of invention.

Recommended for the Rihm, among the most impressive of his recent works. Both sound and notes leave little to be desired, but might Capriccio put an English translation on its website?