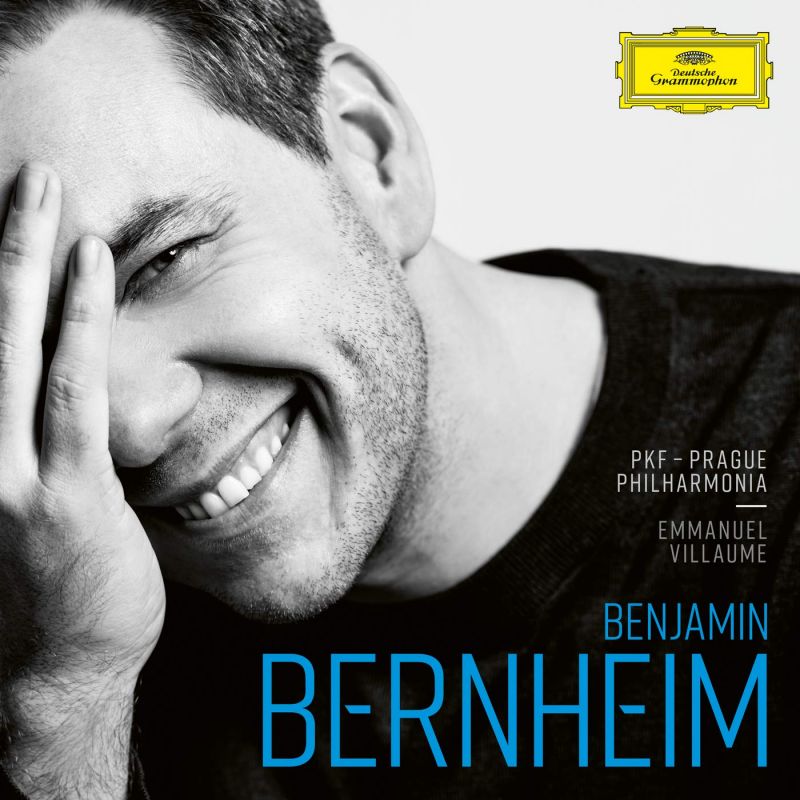 Just a matter of months after the release of Palazzetto Bru Zane’s recording of the 1859 Faust (11/19), Benjamin Bernheim is back singing ‘Salut! demeure chaste et pure’ on his debut album for DG, a mixed recital of French, Italian and Russian arias. There’s a telling difference, though: on the complete set, he floats tenderly up to the top C and drifts dreamily back down the phrase. Here the top note gets the usual treatment: it’s big and impressive and beautifully struck, but the phrase loses shape as he comes off the word ‘presence’.

It’s perhaps indicative of why the recital as a whole is not quite as rewarding as it might be. Don’t get me wrong: Bernheim is a superb singer. The voice is handsome and beautifully regulated, and he sails through this taxing selection with ringing tone, true intonation and a seamless technique – smooth both up and down the range, and horizontally across phrases. It’s difficult to imagine many people today, if any, singing these arias better. But at the same time the selection suggests a lack of temperament – without much grain or edge, Bernheim’s tenor can feel a little too smooth – and an as yet underdeveloped ability to act with the voice, to convey character and, by extension, elicit sympathy.

We start off, for example, with a slow ‘Pourquoi me réveiller’ which is impressive, no doubt, but somewhat generalised in its vocal grandeur. As things progress one finds that Bernheim’s Nemorino sounds very much like his Duke, his Roméo (giving us a big, fortissimo final B flat) much like either of his Rodolfos (Luisa Miller or La bohème). The attempt to add some repertoire less trodden with an aria from Benjamin Godard’s Dante, meanwhile, feels like an afterthought in an otherwise entirely conventional selection.

DG’s smooth engineering doesn’t help matters, and Emmanuel Villaume’s conducting of the Prague Philharmonia is decent but workmanlike. The booklet essay is little more than a puff piece. Its second sentence talks of ‘incomparable charisma … [Bernheim’s] voice gleaming in myriad colours from soft velvet to a diamond-like brilliance’. I’m afraid that’s not quite what I hear on this album.