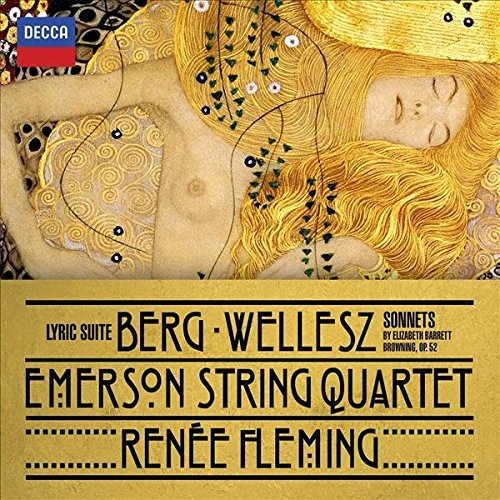 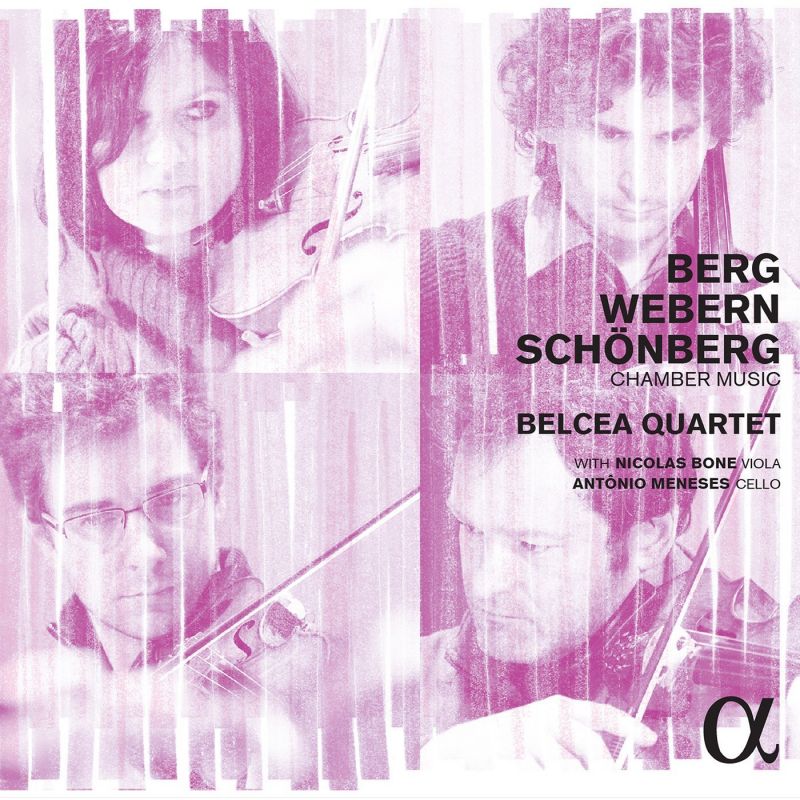 First, hats off to the Belcea and Emerson quartets for astonishingly accurate and coordinated accounts of the Lyric Suite, even in those sections that move faster than the speed of thought. Both ensembles push the envelope wider than recent recordings, admirable in their own right, by the Tetzlaff (AVI, 3/15) and Diotima (Naïve, 8/11) quartets. To make a rough generalisation, with the Emersons I hear Klimt in the frame (perhaps Decca’s cover designer did too); with the Belceas, Schiele. As such, the Belceas are more pointed in the ‘jovial’ Allegretto, Corina Belcea’s tone always brighter and more piercing than her Emerson counterpart (which my guess is Philip Setzer in this case).

The Emersons’ Andante amoroso is not so far away from the corresponding nocturnal serenade in Mahler’s Seventh, and they make more of the Tristan references later on, but it’s the Belceas who bring the third movement closer to the symphony’s spectral Scherzo. Fewer notes are audible, and the Trio is less than truly ‘ecstatic’, but that may all be part of their plan. If this is music to have an affair by, the Belceas’ finale probes unsparingly at the guilt and emptiness of its inevitable, messy end; the Emersons leave you longing for what might have been. After they have played the Largo desolato neat, Renée Fleming joins them to offer the option of the ‘hidden’ Baudelaire setting which makes aching, dreadful sense of Berg’s autobiographical narrative in the suite.

On the Belceas’ disc, the Lyric Suite fidgets at the centre of a Second Viennese School primer. The Langsamer Satz is slow only according to the clock, nervous and more dissonant than usual, in expressive terms – there are no wrong notes – with an acute sense of timing as, at the movement’s halfway stage (4'40"), Webern looks back on himself and this voluptuous dream of C major with mingled nostalgia and regret. In the Five Movements, Op 5, the Belceas’ muted, breathless approach is no less effective than the extrovert technical accomplishment and timbral extremes of the LaSalle Quartet, and in the slow second and fourth movements, when they contrive to play on the very edge of audibility, more to the point. Their Verklärte Nacht bucks the trend of recent slow and solemn performances – the Achilles heel of the orchestration being that it draws the piece closer to Metamorphosen than Erwartung – and is fitted closely to Dehmel’s lascivious storyline.

The Emersons’ coupling is more unconventional: a sonnet cycle of six Elizabeth Barrett Browning settings (in Rilke’s translation) made by Egon Wellesz in 1938 in an opulent 12-tone (rather than atonal) style, something of an ex post facto reconstruction of the missing link between Book of the Hanging Gardens (completed in 1909) and Lulu (1935). Wellesz (with Berg, a fellow pupil of Schoenberg) brings the cycle to an uneasy rest somewhere closer to Strauss’s ‘Befreit’ or one of his self-communing heroines, which suits Renée Fleming down to her fingertips. She is woven between the lines of the original quartet version, whereas Regina Klepper stands proud of the DSO Berlin in what appears to be a later amplification of the cycle for string orchestra (Capriccio, A/04). The Zeisl encore is another rarity but little more than luscious overkill in the circumstances. An Emerson/Fleming line up for Schoenberg’s Second Quartet – now, that would be something.