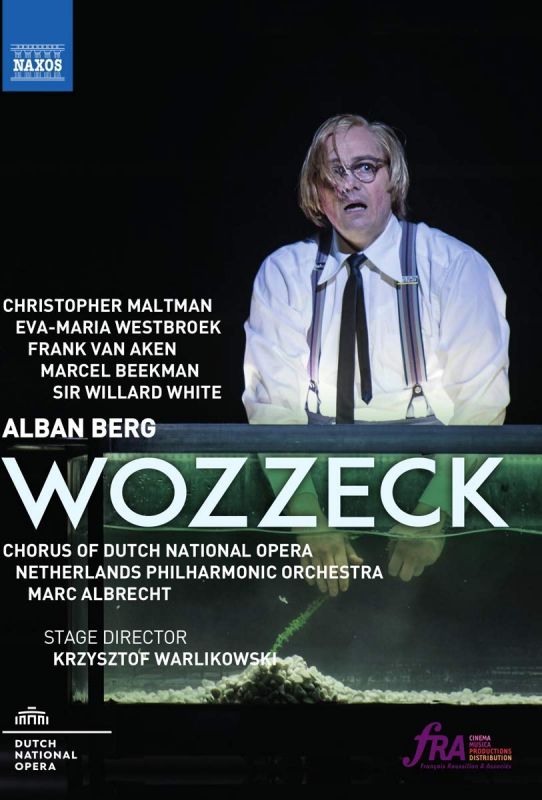 Without matching the tight ensemble or aiming for the taut pacing of Teodor Currentzis at the Bolshoi, Marc Albrecht embeds Wozzeck within a lineage of lyrically sprung, dance-driven operas from Weber’s Oberon to Der Rosenkavalier, taking in Lortzing and Die Fledermaus along the way. Richly Mahlerian strings and brass set the tone for even the most edgy and ‘contemporary’ scenes in the tavern and between Wozzeck’s trio of tormentors. All of whom, it must be said, are sung with some style, especially the astonishingly secure Captain of Marcel Beekman and the engagingly sinister comic turn of Willard White as the Doctor.

Still more do the two central characters establish their own places within both Albrecht’s and director Warlikowski’s designs for the piece. Local favourite Eva Maria Westbroek carries easily over Berg’s full orchestra as a Wagnerian tart with a heart in the tradition of Hildegard Behrens’s Marie for Abbado rather than Lulu archetypes such as Evelyn Lear for Böhm. Following the likes of Fischer Dieskau and Goerne, Christopher Maltman is another Wozzeck whose experience on the Lieder platform draws out a three-dimensional portrait of Schubertian pathos and focus: as in the wanderer of Winterreise, everything seems to happen to and around him even while he holds the stage.

Even were it not among the most beautifully played and sung accounts on record and film, this Wozzeck would command attention for Krzysztof Warlikowski’s staging, which is a further refinement of his production for the Polish premiere of the work as recently as 2005. The director returns to the real-life murder once reported in a newspaper which Büchner picked up, and to Woyzeck’s occupation as a barber, to fashion a Second-Viennese Sweeney Todd. Clean lines and a minimum of telling props in Małgorzata Szczęśniak’s designs leave singers and dancers to tell the story, though the character most often central to the drama is mute and mostly still: Marie’s child, and here most certainly Wozzeck’s too, in a performance of devastating poise by Jacob Jutte. The overwhelming impression left is not of cruelty but of compassion.