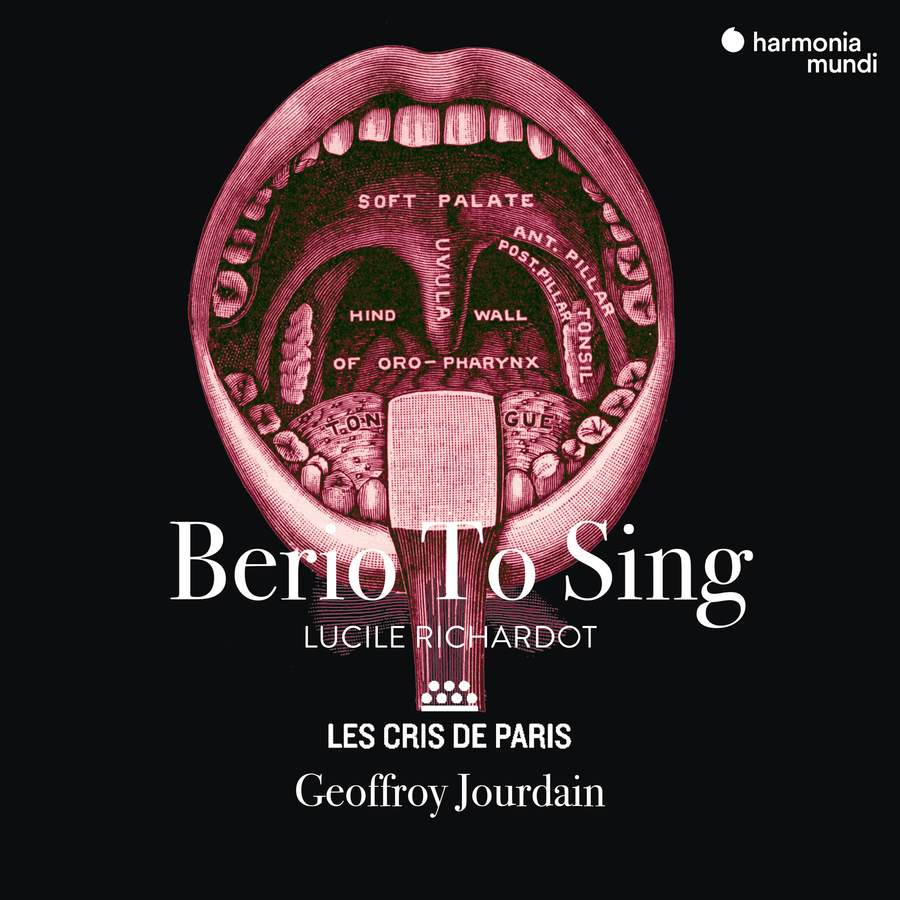 It was only a matter of time before Les Cris de Paris got around to the Cries of London. In the booklet note Geoffroy Jourdain refers to Berio’s principle of ‘sound becoming sense’, which is as good a way as any to describe this performance of the composer’s mosaic of calls from London traders of yesteryear. It is more madrigalian than that of the Norwegian Soloists’ Choir (BIS, 6/20), more closely recorded and reliant on the idea of every individual voice as an organism of interest, even if the blend is highly satisfactory too. The English is excellent. I’d say the Parisians have the edge over the Norwegians.

Berio’s Folk Songs make for intriguing context, separated from the Cries by the exquisite musical palette cleanser that is Berio’s spacious O King, a tribute to Martin Luther King. The Folk Songs tell you much about the complicated cultural origins of the music, despite or perhaps because of Berio’s left-field rendering of them. Occasionally they border on the hackneyed, as in ‘A la femminisca’. They are sung tenderly and with abandon as required – the latter coming to the fore in the heady example from Azerbaijan – but also with minimal affectation and organic tempos by the mellow-voiced Lucile Richardot. She also takes on Berio’s solo soprano work Sequenza III, a performance more of the concert hall than of the theatre offered by Barbara Hannigan (Alpha, 10/17), and of richer voice. Long-term I’d opt for Hannigan’s more animalistic approach, particularly for all the vocal fidgeting.

Berio’s genius in vocal music was surely that of connecting the ‘art’ of singing to the ‘act’ of everyday communication, which is a stumbling block for many a performing group who would deny it the latter. Jourdain’s ensemble never do, and the last two tracks emphasise it, the full ensemble returning for There is no tune and the beautiful Sicilian love song E si fussi pisci, ‘If he were a fish’, that swims away just when you’d want it to stay a little longer.

There is no Tune