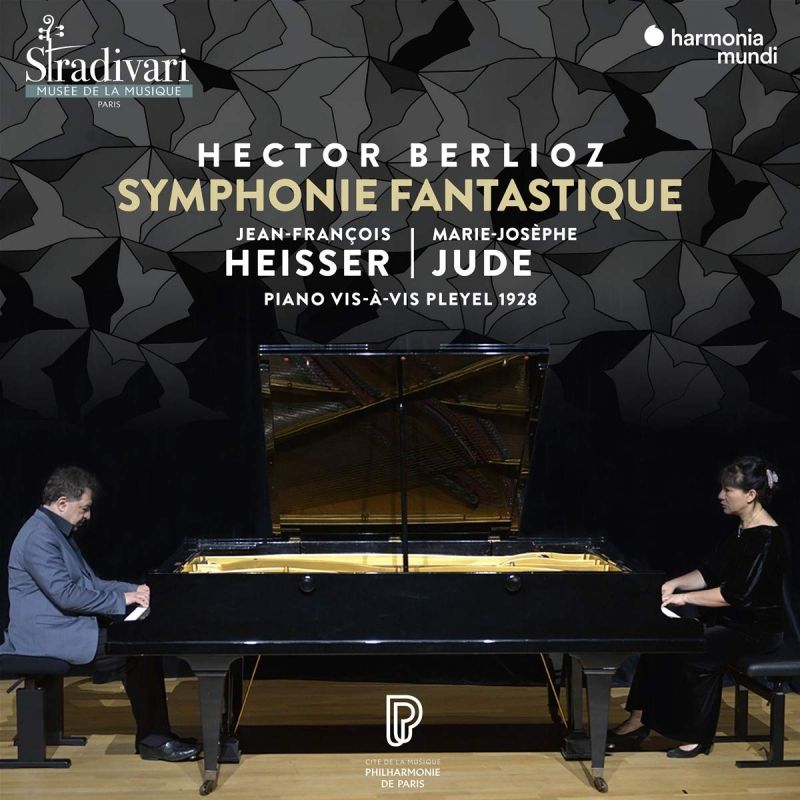 The pianists write in their booklet accompanying this release that Jean-François Heisser made this transcription over 30 years ago. It is not so very different to two made in the 19th century by Otto Singer and Charles Bannelier, the kind of accomplished, faithful but otherwise unremarkable in-house arrangements issued of many great orchestral works. These are a very different prospect to Liszt’s transcription for solo piano. The ingenuity, the recreative force at play, to say nothing of the challenge meted out to the pianist, are of another order.

If a major raison d’être of these two-piano arrangements (ie to bring the work to an audience that would otherwise have no opportunity of hearing it) is no longer valid, they can, whether for two hands, four hands, one piano or two, often illuminate the orchestral writing. A further point of interest about this release is that Heisser and Marie-Josèphe Jude have chosen to play the arrangement on the Pleyel vis-à-vis piano of 1928 from the collection of the Musée de la Musique at the Philharmonie de Paris.

All of the above is a lengthy preamble to my reasons for finding this recording, I am sorry to say, uncomfortable to hear and unsatisfactory in its execution. Rather than offering ‘a more analytical vision [favouring] the osmosis of an overall sonority produced by a soundboard shared between the two instruments’ (booklet), the Pleyel clouds the vision, and sounds to me as though it has a heavy action that makes it a challenge to play. You are, in effect, listening to the Symphonie fantastique played on a pair of baby grands.

After the first two movements of dutiful playing, indistinct voicing, limited dynamics and sometimes wayward ensemble, I had a break and listened to the same two movements in Liszt’s solo arrangement played by Idil Biret (Naxos), a recording I have long admired: balm to the ears, clarity of text, enchanting in ‘Un bal’ and delivered with a natural fluency and ease that escape the French duo. These differences are even more pronounced in the ‘March to the Scaffold’ and the ‘Witches’ Sabbath’ when you hear François-René Duchable in his revised version of Liszt’s arrangement (EMI, 1/81), reflecting Berlioz’s scary, unpredictable and, ultimately, thrilling original. For all their earnest endeavour and good intentions, sadly, the French duo are unable to convey these essential elements to the same degree.