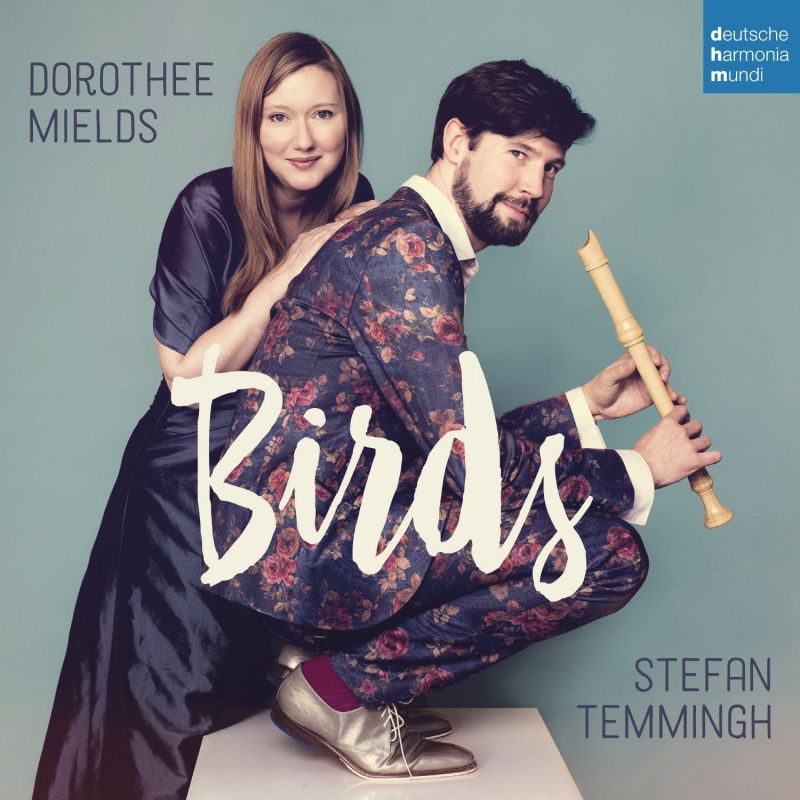 Recorders and sopranos – it might not be Cav/Pag or Gheorghiu and Alagna, but it’s still one of music’s great double acts, as Dorothee Mields and Stefan Temmingh prove persuasively in their new album ‘Birds in Baroque Music’. A mood-board of all things avian, this recital brings nightingales, cuckoos, turtle doves and even the occasional chicken together in arias, folksongs and concertos from across Europe.

Of course there are the classics – Vivaldi’s Il gardellino (‘The Goldfinch’) makes an inevitable appearance, with Temmingh’s recorder making light work of the demanding solo violin part, as does ‘Sweet Bird’ from Handel’s L’Allegro, il Penseroso ed il Moderato and Louis-Claude Daquin’s insistent Le coucou – but there is also a whole aviary of more exotic creatures from composers including Pietro Torri, Giuseppe Fedeli, Reinhard Keiser and the elusive ‘Mr Quignard’, ranging from the disposably charming to the fascinating.

Easily the most striking piece here is Alessandro Poglietti’s ‘Imitatione del medesimo uccello’ from his Rossignolo suite for harpsichord. Rules of key and melody fall away in this astonishing bit of onomatopoeic musical experimentalism. Poglietti’s bird sings in uneven phrases and occasionally cacophonous discords, an improvisatory piece of virtuosity dispatched with elegance by Wiebke Weidanz. Quignard’s nightingale is another standout – a poised piece of 18th-century melancholy, pairing Temmingh at his woodiest and most rich with Mields, tone gilded and darkened at this lower end of her register.

Like any thematic recital, ‘Birds’ makes for a coherent listen but, unlike with other themes, the often imitative sound world of birds remains fairly constant, risking aural fatigue. But Mields reinvents herself vocally with tremendous skill, moving from folksongs to arias without affectation, and it would be hard to imagine a more daring partner than Temmingh, whose playing constantly reminds us of the recorder’s risqué history. An instrument now synonymous with child-beginners was once off-limits for women, so suggestive was its appearance. It’s a cheeky thought that puts a welcome glint into the eye of this fine recording.

(6) Concerti for Flute and Strings

(6) Concerts for Flute/Recorder and Continuo

The Temple of Love