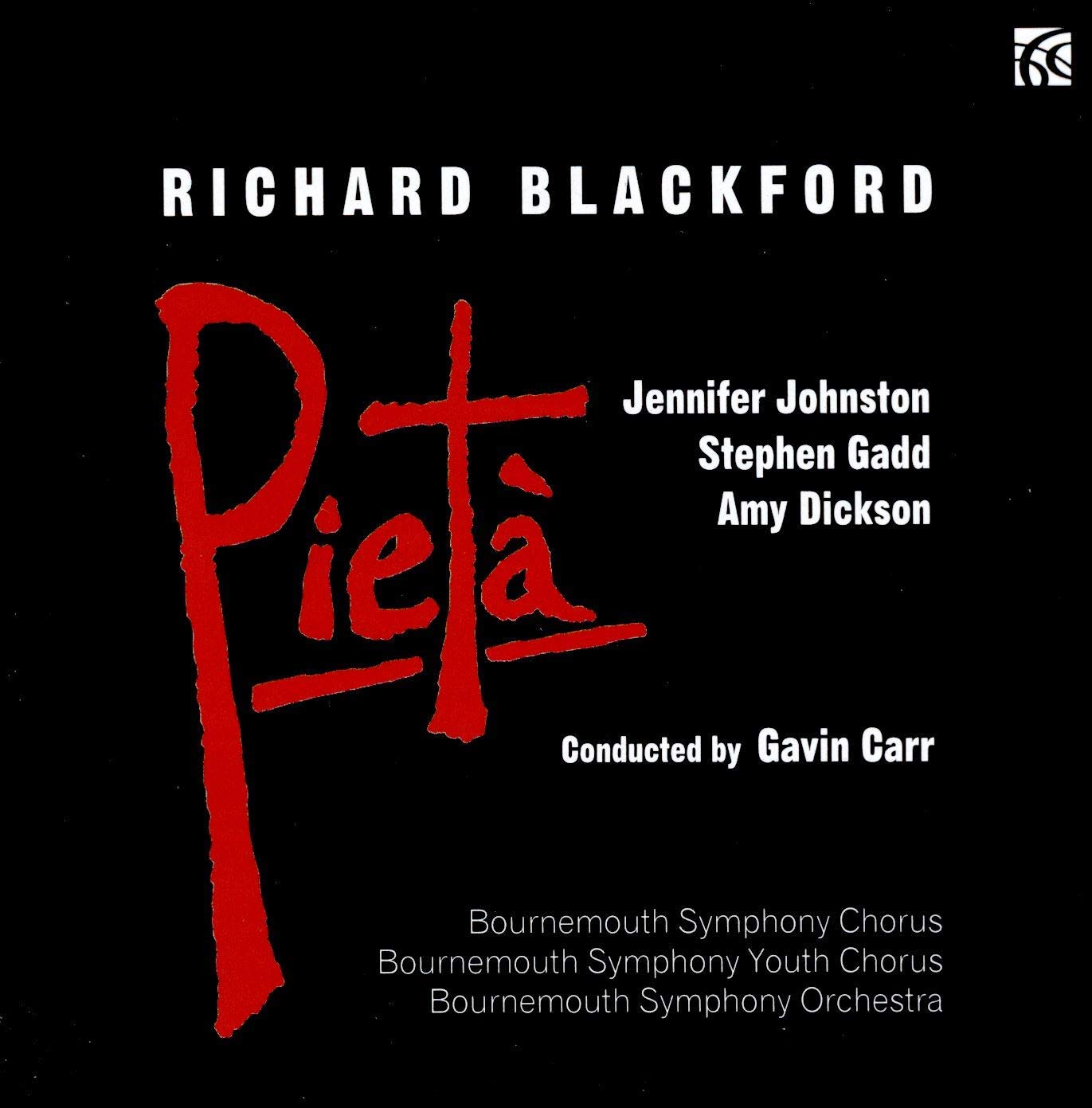 The Stabat mater – Mary’s grief upon seeing her son crucified on the Cross – has received more than its fair share of mournful and melancholic music over the years. Richard Blackford takes a very different approach. So different, in fact, that he decided to give the work another name: Pietà.

Sparks fly and tempers flame in Blackford’s fire-and-brimstone setting. Rage, injustice and righteous indignation strike out against the usual cries of suffering and passive contemplation. In order to place the old Christian hymn within a more modern-day setting, Blackford intersperses the original text with passages taken from the Requiem of the Russian poet Anna Akhmatova, whose husband ‘disappeared’ and son was imprisoned during Stalin’s Great Purge of 1936 38.

Blackford states in the booklet notes that Akhmatova’s poems fundamentally changed his approach to setting the Stabat mater text, and one can see why. His setting captures the raw emotional qualities of Akhmatova’s lines. Russian influences also spill over into the music. Shostakovich’s sharp rhythms and edgy lines filter through in the da capo-style aria ‘Pro peccatis suae gentis’ (featuring Stephen Gadd’s resonant baritone voice), while mezzo Jennifer Johnston imparts dramatic intensity to Akhmatova’s ‘Weeks fly swiftly by’. The strings of the Bournemouth Symphony Orchestra directed by Gavin Carr produce a rich palette of sounds that is often greater than the sum of its parts. But the greatest impact is felt in those cameo moments when Amy Dickson’s soprano saxophone cuts through – in the fragile lines of the second movement (‘Quis es homo’), or at the end, where its plangent sound suggests that the rage that consumes this passionate work finally gives way to forgiveness.