BLITZSTEIN The Cradle Will Rock 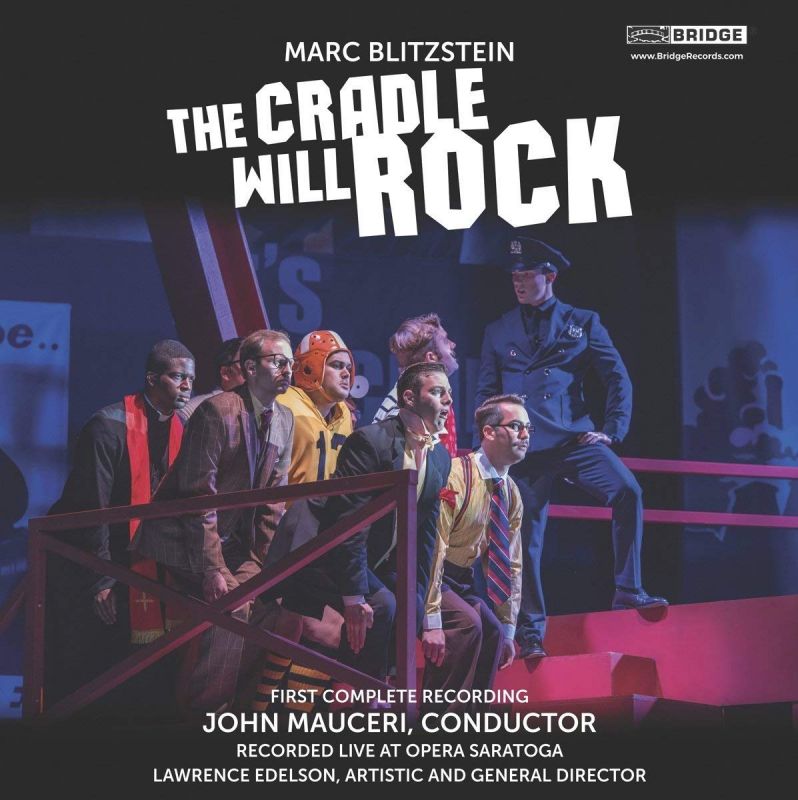 The first complete recording of Marc Blitzstein’s The Cradle Will Rock, restoring the composer’s original 1937 orchestrations, raises the inevitable questions about whether this iconic musical drama is an edgy, still relevant outcry of social outrage or merely a brilliant retro entertainment. Made during live performances by Opera Saratoga in 2017, it is more the latter, lacking the activist energy and aura of the famous Broadway production by Orson Welles when, because of skittish government sensibilities, the cast had to sing from the audience while the composer played the score at a piano alone on the stage.

The musical influences that Blitzstein drew on include European operetta, Kurt Weill, Stravinsky and the Broadway Melody movies (without Busby Berkeley’s choreography). Cradle would go on to influence, first and foremost, much of Leonard Bernstein’s stage work.

The pace is initially deliberate, then picks up and takes off at the Mission scene. By the appearance of the Triple-Flank Maneuver song, with its exuberant klezmer clarinet solo, Mauceri and his cast have hit their stride. Ginger Costa-Jackson’s magnificent Moll sets the tone for the performance with the Ruth Etting-like melancholy of her opening song, Christopher Burchett contributes a rousing version of Larry the Foreman’s call to action and Nina Spinner, one of the many cast members from Opera Saratoga’s Young Artist Program, contributes an inspiring version of Ella Hammer’s song about workers named Joe.

The recording is excellently balanced and opens up with volume to create an exciting sound stage. The booklet includes detailed notes and libretto, the second CD a 14-minute bonus track of Blitzstein describing the work’s provenance and first performances.

BLITZSTEIN The Cradle Will Rock

(The) Cradle Will Rock