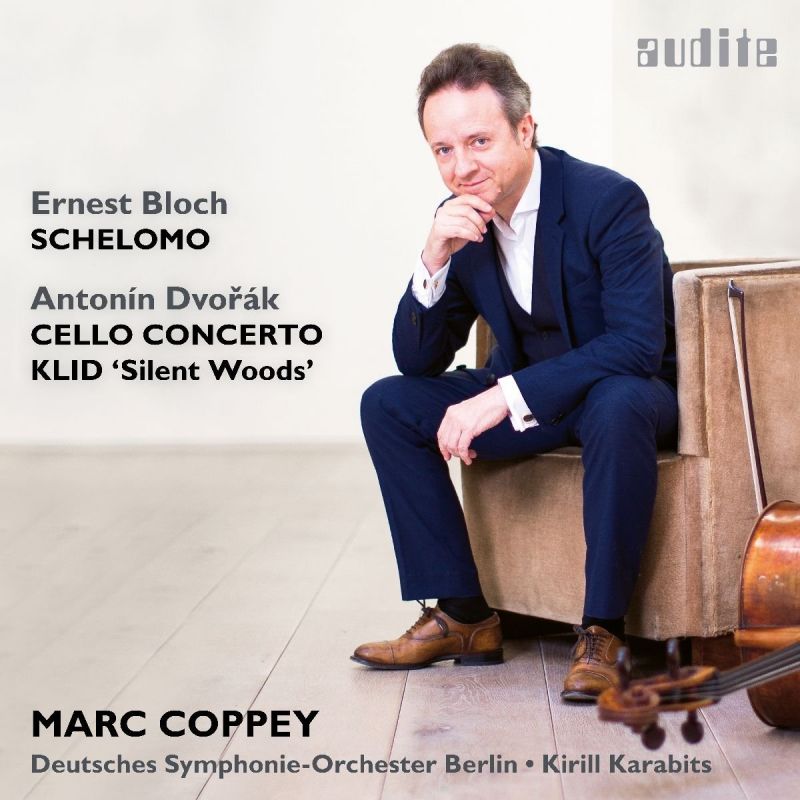 While not wishing to mislead with excessive praise, Marc Coppey’s 2016 account of the Dvořák Concerto more reminded me of Emanuel Feuermann’s various recordings than any others that I’ve heard in recent years, and by that I mean Feuermann as a mellow-toned 26-year-old (under Michael Taube) and on richer, later broadcast recordings with Leon Barzin and Hans Lange conducting. Then again, I’ve always been smitten with Feuermann’s approach to the work, his seamless, full tone, quietly expressive phrasing, strength of projection and evenly deployed vibrato.

Coppey’s first entry (3'28") suggests unflappable confidence and when the music takes flight soon afterwards he employs a keen-edged staccato while retaining his characteristic rich body of tone. Also, Coppey’s approach exploits the instrument’s entire range with ease: the lovely second subject is as gently seductive as the more assertive passages are bracing. Try the perfect diminuendo at 1'36" into the Adagio: this sort of playing has me reaching for the rewind facility just for the pleasure of enjoying it a second or third time. Other cellists, most notably Casals and Fournier weave their own magic but, as of yet, their younger equivalents have not appeared. Those of Coppey’s rivals who have justifiable claims on our attentions include the impassioned and tonally varied Alisa Weilerstein but there is something about Coppey’s aching restraint (if that doesn’t seem too contradictory a term) that even after such a brief period of acquaintance has had me return to his version on a number of occasions. So far the magic hasn’t abated.

Bloch’s Schelomo was another Feuermann staple but although Coppey again hits target, he’s pipped to the post, in the stereo field at least, by the superb Feuermann pupil George Neikrug, who, like his master, is granted an incendiary account of the orchestral score under Leopold Stokowski. Kirill Karabits and his Berlin forces, good as they are (and of course better recorded), don’t quite match that level of intensity, whereas they provide sensitive and detailed accounts of the two Dvořák scores – Silent Woods is no less effective than the concerto – which adds further credence to an extremely strong recommendation.