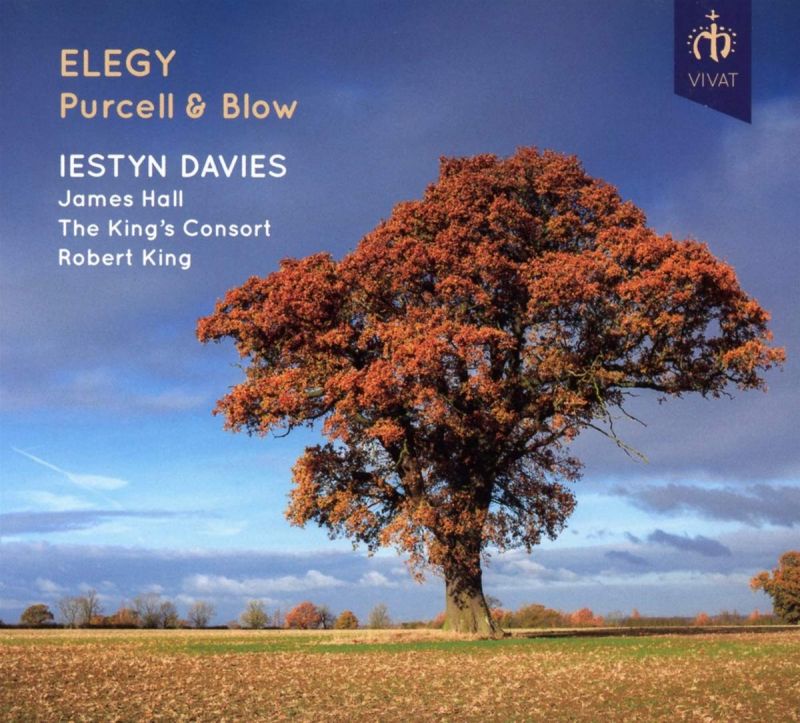 This latest disc from The King’s Consort on the independent Vivat label is absolutely on point: with two wonderfully matched countertenors and superb recorder-playing, bound together in the intimate acoustic of Alpheton New Maltings, Suffolk, there is much to enjoy here. The big draw is, of course, countertenor Iestyn Davies, and for me his performance of Purcell’s ‘O solitude’ is a clear standout. Davies sings the entire song in falsetto, maintaining his tone’s silvery thread through even the most fiendishly low passages. His word-painting is nuanced, subtle and intimate. Paired with the deliciously warm tone of Reiko Ichise’s bass viol, the cushion of the chamber organ and Lynda Sayce’s ever-sensitive theorbo, this is surely one of the best countertenor performances on disc, rivalling even perhaps King’s previous account with James Bowman (Hyperion, 7/88).

Purcell’s harmonic language is immediately recognisable when contrasted with Blow, yet in this programme Blow reveals himself also to be quite adventurous. Take, for instance, his Elegy for Queen Mary, ‘No, Lesbia, no, you ask in vain’. Davies takes his cue from Blow’s often tortured musical language to offer a performance which is beautifully responsive to this innovative setting.

The duets, sung with James Hall, are superb throughout, carefully balanced and well controlled, although perhaps too modest for my taste: consider the opening duet ‘Hark how the songsters’, which shies away from the sheer giggly joy of the improvisatory performance by L’Arpeggiata (Erato, 5/14). This is also the case in ‘Sound the trumpet’, that most famous of countertenor duets, the emphasis here being more sprightly than extrovert. It lacks the grandeur of King’s earlier Bowman/Chance pairing, especially on the opening long notes, but compensates with nimble energy. Hall is certainly a voice to listen out for and he contributes many ravishing moments to this disc.

As a parting shot, it would be a shame not to mention the wonderful recorder-playing in the Dioclesian Chaconne ‘Two in one upon a ground’ from Rebecca Miles and Ian Wilson. This whole disc is a trove of bittersweet delights.

Timon of Athens, Movement: Hark! how the songsters

(The History of) Dioclesian, or The Prophetess, Movement: ~

Mark how the lark and linnet sing, 'Ode on the Death of Mr Henry Purcell'